”Corruption and bribery were growing in Russia in 2004,” Nikolai Ovchinnikov, the chairman of the department for struggle with organized crime and terrorism of the Russian Internal Affairs Ministry told reporters at a press conference in Moscow today. Russian criminal groups, of which there are about a hundred, strive to expand their influence both inside and outside Russia. 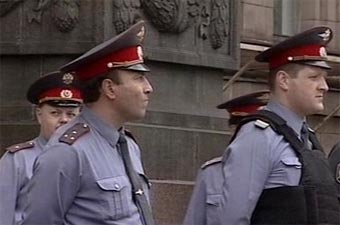 According to Nikolai Ovchinnikov, there are about 200 “legal criminals” on the territory of the Russian Federation. They mostly reside in the Center of Russia, as well as in Southern and Ural administrative regions. A lot of criminal leaders try to stay away from their environment to be able to legalize their businesses. Criminals may use elections for such purposes, or even state institutions, in which they may try to get a work position.

”Legal criminals” become ideologists for other criminal group members. They also become “arbitrators” when two or more criminal groups  experience problems or conflicts with each other. Criminal authorities control the gambling and restaurant business, prostitution and drug trafficking.

”Russian law-enforcement officers arrested 45 individuals of this category in 2004,” Nikolai Ovchinnikov said. There are about 100 criminal communities in Russia. They incorporate about 4,000 people, who make the core of those organizations. About 70 criminal structures conduct their criminal activities in the economic field; others operate in conventional criminal fields.

The number of criminal groups is the largest in the Center of Russia, in Siberia, Ural and in the South. Spokespeople for the Interior Affairs Ministry say that Russian criminal communities have stable contacts with about 40 foreign states in the world, including CIS and other countries, where the “Russian mafia issue” is rather actual.

In addition, the majority or organized criminal groups try to enlarge their economic capacities as they enter the sphere of legal business. They evade taxes, conduct financial and credit intrigues, violate the rules of competitive struggle, etc.

Russian law-enforcement officers revealed 2706 facts of corruption in 2004. The index is 30 percent larger than in 2003. Officers of the department for struggle with organized crime arrested court officers, district officials, customs officers and other officials. The percentage of high-ranking officials was very low at this point – only five percent.