Chechen terrorists to use 'lost' toys and cellular phones as bombs

Chechen warlords Basayev and Maskhadov plan to perform terrorist acts in Russian cities. This time terrorists may use such trap-mines as cellular phones, purses, wallets and toys “lost” in the streets. Muscovites and law-enforcement authorities have been warned about imminent terrorist acts. 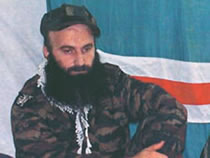 The Defense Ministry General Headquarters has recently distributed information in all Russian military units about possible terrorist acts that were likely to occur in Russian large cities at the end of January or in the beginning of February. The ministry called upon the military men to toughen security measures on defense objects.

It became known yesterday that the leaders of Chechen guerrillas were going to commemorate another Chechen warlord, Ruslan Gelayev, who was killed in Dagestan in 2004, the Vremya Novostei newspaper wrote. More than 15 terrorist leaders would gather for the ceremony on February 28th, the newspaper wrote. It is not ruled out that the commemorating ceremony will take place in Grozny, the Chechen capital. According to Russian special services, terrorist leader Shamil Basayev visited the city at the end of January 2005 to choose the venue.

”They definitely want to hold the undertaking right under our nose,” the newspaper quoted a law-enforcement officer, who wished to remain anonymous. According to the information from special services, Chechen guerrillas decided to use the commemoration to demonstrate that they are still united. Warlord Doku Umarov is to organize the assembly (together with Shamil Basayev) – a lot of Ruslan Gelayev's gunmen were placed under his authority.

Spokespeople for Russian special services say that terrorists plan to videotape the assembly, upload the footage on the Internet and distribute it among the Chechen population afterwards. The goal of the action is to let everybody know that terrorists are united into one single group – they do not exist as separate units.

Ruslan Gelayev was born in Chechnya in 1964. His education is limited to only three grades at school. Gelayev has three criminal records – for robbery and rape. He waged war in Abkhazia in 1992-1993. In 1994-1996 he became one of the most influential Chechen warlords. Gelayev commanded the capture of Grozny in March and August of 1996. In 1998 he was appointed for the position of the defense minister in Aslan Maskhadov's government. Gelayev's squadron left to Georgia in the beginning of 2000, when federal forces occupied Grozny. Ruslan Gelayev's terrorists participated in numerous battles in Chechnya, including the battle in March of 2000, in which 84 Russian commandoes were killed. Gelayev was supposedly intended to seize the Russian resort city of Sochi. In September of 2002, Gelayev made his way to Ingushetia. His terrorists killed 21 Russian military men during the battle. In December of 2003, Gelayev's terrorists penetrated to Dagestan, where they attacked a vehicle with Russian border guards. Federal forces destroyed a part of Ruslan Gelayev's gunmen during a massive raid. Russian border guards killed Gelayev on February 28th 2004, as he was attempting to escape to Pankisi Gorge.