Russian news agencies reported the murder of a special correspondent of the NTV network, Ilya Zimin, on Sunday night. Newspapers of Russia have set forth their versions today to explain the crime shrouded in strange circumstances. 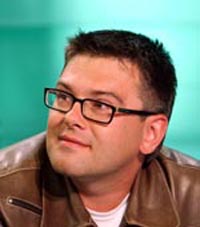 The body of the journalist was found by his colleagues. Ilya Zimin did not come to work as he usually did, he did not answer the phone calls either. A group of NTV journalists decided to visit Zimin in his apartment to see what had happened to their friend. When they came to the doorstep of his apartment in a 22-storied apartment block, the door was open. When the journalists entered, they saw blood stains of the floor. Ilya was found lying on the floor with his face down.

Medics found a cerebral injury on the back of Zimin’s head. Most likely, someone hit the journalist on the head. Doctors found no other injuries on the journalist’s body.

Police officers concluded as a result of the preliminary investigation that the journalist had let the killer in himself. The door lock was left intact. Most likely, Ilya Zimin and the unidentified man had a fight, during which the journalist was killed. The neighbours did not hear any noise.

Reportedly, Ilya Zimin had fun in a night club before, which he left alone at 2 a.m. The journalist’s colleagues said that they found a bottle of vodka and a sliced grapefruit on a table in Zimin’s apartment.

Investigators do not think that the journalist’s apartment was robbed, nor do they believe that Ilya Zimin was killed because of his professional activities.

It is worthy of note that Ilya Zimin was attacked and brutally killed in April of 2005 near the apartment block in which he was living. Zimin was born in 1972 in Vladivostok, the Far East of Russia. Zimin won the “Best TV Reporter” prize of the Russian Television Academy in 2002.