A magazine for female “Shakhids” hits the shelves 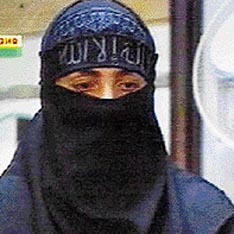 Nowadays, bookstores and press kiosks are overcrowded with all sorts of books and magazines. One of the most vicious terrorist organizations “Al Qaeda” decided to use the printed press to their own benefit as well. Terrorists have published the first issue of the Al Khansa magazine in red cover.

The new magazine focuses on ideological and military training for wannabe female “Shakhids (female suicide bombers). It contains special advices for women who are willing to participate in Jihad. In its quarterly publication Gnosis, Italian security services have already termed such manual for young Shakhids as “emancipation bin Laden style.”

The title of the magazine was chosen to commemorate legendary female poet of VII  century Tumader bint Amru. According to the authors of the magazine, she “is the real historic symbol of the woman-warrior as well the symbol of all mothers-martyrs.” She was named “Al Khansa” for her “little nose and her beauty.” Tumader was one of the first female Bedouins who accepted Islam. She lost her four sons in a victorious battle against the Persians. As soon as the battle was over Al Khansa proclaimed a statement, which later became the motto of all Shakhids. “I thank God for awarding me with their death. I ask God to unite me with them in a place of His mercy,” exclaimed Al Khansa.

Italian state security service notes the importance of Al Qaeda’s informational PR move aimed at female audience. “This concerns a major turn in planning within the international terrorist web, which up until recently has been recruiting only men for any sort of “operations” as opposed to the Palestinian intifada or Chechen nationalistic extremist groups.”

Another noteworthy event comes to mind in connection with the terrorist publication “for women.” In May 2003 one of the most influential religious figures of the Islamic world sheikh Usuf al-Karadaui has issued a Fatwa (Islamic law), according to which female kamikazes are relieved of following traditional Islamic behavioral norms for the sake of Jihad, the holy war. In a way, such statement could be viewed as an emancipation of Arab women.

The new magazine Al Khansa proposes certain requirements for the potential female suicide-bombers. She has to know Koran by heart; she has to know CPR; also she has to be able to prepare the so-called “urgent set”, which needs to include natural honey and water from a sacred spring from Mecca. A Shakhid has to be humble; she shouldn't watch TV, use air conditioner or any other “luxurious items.” She must also give up all her monetary possessions for the good of the operation.

In addition, potential ben Laden follower has to be an exceptional shooter and  has to be able to transport weaponry.
To conclude the theoretical account, Al Qaeda shows women “the way to liberation, which they will never be able to achieve otherwise…”.