Russians go to Thailand despite the earthquake

The number of victims of the monstrous earthquake and tsunamis that rocked the coasts of Southeast Asia and Africa is still growing. News agencies report that tidal waters and quakes have killed approximately 25 thousand people. The figure is most likely not final. Nothing is known about the number of victims in the countries of East Africa. Red Cross specialists believe that over a million people in total (it goes about the wounded and the killed) have suffered as a result of the natural disaster. 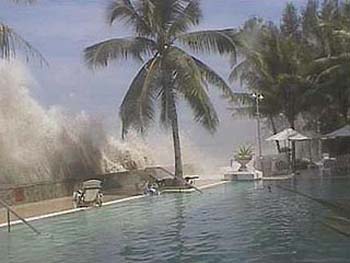 The quake epicenter in the Indian Ocean measured 8.7-8.9 on the Richter scale. Specialists say that the latest earthquake in Asia was one of the strongest Earth shocks over the recent 100 years. Another powerful earthquake of the past, which leveled several towns in Armenia in 1988, was measured 7.0 on the Richter scale, which could be a comparison to picture the scale of the catastrophe.

Tsunamis and earthquakes have caused the most considerable damage to Sri Lanka, where over 11,500 people were killed. The civil war in the country exacerbates the situation even more, for it is hard to render necessary help to the victims of the quake because of the war. 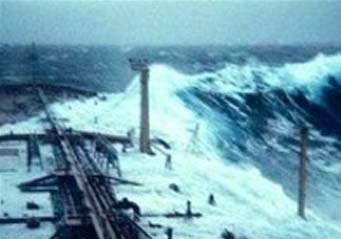 The disaster has caused damage not only to local citizens, but to numerous foreign tourists, who were spending their vacations in the region, especially in Thailand. Spokespeople for Thai authorities say that the majority of the killed foreign tourists were staying in a popular resort on Phuket Island. There were Russian tourists among the holiday-makers too. Eight Russian citizens were slightly wounded in the disaster, previous reports said. Four other tourists from Russia are missing. The catastrophe has caused chaos in the countries of the quake-damaged region, which makes it very hard to obtain the precise information. Russian Foreign Minister Sergei Lavrov said the number of Russian tourists in Thailand totaled 1,500.

Russian Emergency Ministry sent two Il-76 planes of humanitarian aid to Sri Lanka. Official spokespeople for the Russian Foreign Ministry in their turn recommended Russian citizens to cancel their trips to the countries of Southeast Asia on account of new possible earthquakes. The majority of Russian tourists, who planned to visit Thailand and other countries of the region for New Year celebrations, have already turned down their plans. There are some people, however, who are still determined to visit Southeast Asia for the holidays despite the monstrous earthquake.