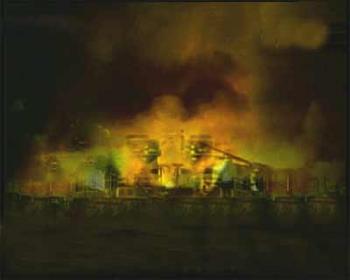 26-year old employee of Arkhangelsk natural gas utilities admitted his guilt of exploding the apartment block on March 16 (58 people were killed).
The man plotted no acts of terrorism, he just wanted to do harm to his former employers from the city gas utilities (they dismissed him and did not hire again). The man admitted his guilt and wrote in his statement that he “did not realize what consequences of his deed will be”.

To conduct revenge to his former boss, the man unscrewed gas gags in house 120 on Cosmonauts Prospect which resulted in the explosion.

The investigation is in progress. Earlier the law-enforcers called the beggar whose body was found in the apartment block debris, the main suspect of the crime. There was another version that some men had unscrewed the gas gags to sell them for metal.

The powerful explosion destroyed the entire doorway of the 9-storeyed apartment block. Gas gags were unscrewed in two more apartment blocks in Arkhangelsk, but the problem was detected and tragedy avoided in those cases.