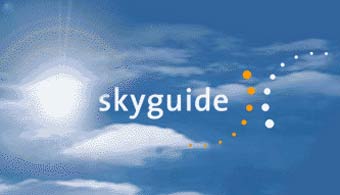 A stranger attacked a Skyguide air traffic controller with a knife and wounded him as a result of which the latter died. The controller of the Swiss air traffic control service was on duty on the day when a Tu-154 of Bashkir Airlines and DHL's transport Boeing-757 collided over Boden Lake.

The Zurich police state the 36-year-old officer whose name is not reported was attacked in his house in the suburbs of Zurich. Before the criminal stabbed the Skyguide officer, both men swore at each other a little.

The police started search of the criminal who is described as a dark-haired man of strong build of about 50-55, 170 centimeters tall, probably originating from Eastern Europe. The information is reported by Lenta.Ru with reference to Switzerland's Toponline news agency.

The Zurich police press-service supposes the killing of the Skyguide officer may be connected with the tragedy that occurred in July 2002.

The air crash that claimed lives of 71 people occurred over Germany's Boden Lake on the night of July 2, 2002. Russia's passenger airliner Tu-154 of Bashkir Airlines and transport Boeing-757 of DHL collided at the height of 10,500 meters. 12 crewmembers, 57 passengers - 52 children going for vacation to Spain and 5 adults - of the Tu-154 and two pilots of the Boeing tragically died.

The Russian side states Skyguide is responsible for the collision of the two planes. When records of the flight recorders were deciphered, it turned out that the air crash occurred because of wrong instructions given by the Skyguide traffic control officer.

Based on publications of Russian and foreign news agencies