Valentin Kostyukov, the director of the Russian Federal Nuclear Center in Sarov (part of Rosatom) exposed the names of five employees who were killed in an explosion during the test of a missile at a test site in the Arkhangelsk region of Russia. 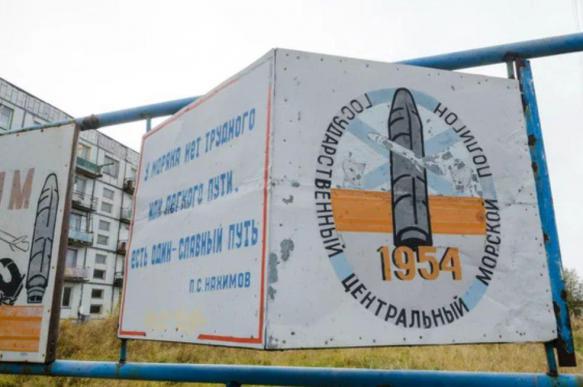 "The death of employees is a bitter loss for the entire nuclear center and for the state corporation Rosatom. The test engines are national heroes. These people were the elite of the Russian Federal Nuclear Center, who would sometimes work under incredibly difficult conditions," the official said.

The families of the victims will receive compensations in the amount of 120 minimum salaries corresponding to their positions in the company.

According to Kostyukov, it took the centre a year to arrange preparations for the tests in the water area of the White Sea. "We put up appropriate stands, conducted the certification of people. We conducted serious instruction works, prepared equipment, programs, techniques and discussed everything. It seemed that everything was prepared accordingly," he said, adding that "the situation went according to an emergency option."

A state commission was set up to investigate the cause of the accident.

Alexander Chernyshev, deputy head of the center, said that the radiation background at the test ground in the Arkhangelsk region increased twice for two hours after the explosion. "Neither our experts nor external experts have registered any residual radioactive contamination," he said.

It was also said that the employees of the nuclear center, who were killed during the accident, were "executing a task of national importance." According to Rosatom representatives, the deceased employees were involved in activities related to the radioisotope power source, which was part of the rocket. Specialists knew about the "potential danger of their work." According to Rosatom, the explosion at the test site took place after the completion of tests on the offshore platform. Three other specialists were injured.

On August 8, Russia's Ministry of Defense reported that the explosion at the test site in the Arkhangelsk region occurred during the tests of a liquid-propellant jet engine. Ministry representatives did not specify what kind of engine it was and where exactly the accident occurred. News agencies noted that the explosion took place near the village of Nenoksa, 40 km far from the city of Severodvinsk, which is known for its Zvezdochka shipyard that builds nuclear submarines.

On Aug. 8, the authorities of Severodvinks reported on August 8 that the radiation background in the city increased. The information was later deleted from the official website of the city. Local drug stores ran out of stocks of iodine.

In the White Sea off the coast of Severodvinsk, a transport tanker was later seen. It was the Serebryanka tanker that collects and stores liquid radioactive waste.

On August 10, Rosatom reported that the explosion occurred during the test of a rocket with a radioisotope element in the engine. "The tests were held on the offshore platform. After the tests were completed, the rocket fuel ignited, and an explosion followed," the department said.

"As a result of the explosion, several employees were thrown into the sea. The search continued until there was hope to find survivors," Rosatom said.

On July 2, 14 people were killed as a result of the disaster on board the AS-31 Losharik deepwater submersible. It was reported that the crew, after the fire on board started, could have evacuated themselves to the carrier boat. However, they preferred to act in strict accordance with the "Guidelines for Survival." The submariners managed to extinguish the fire, but were killed in an explosion of the battery when members of the shift crew had already come to their rescue.