Beauty blogger killed in Moscow, then packed into suitcase

Russian law enforcement agencies investigate the murder of Ekaterina Karaglanova, a 24-year-old model and beauty blogger, a participant of Miss Maxim 2018 contest, whose body was found in a suitcase in her apartment on the outskirts of Moscow last week. 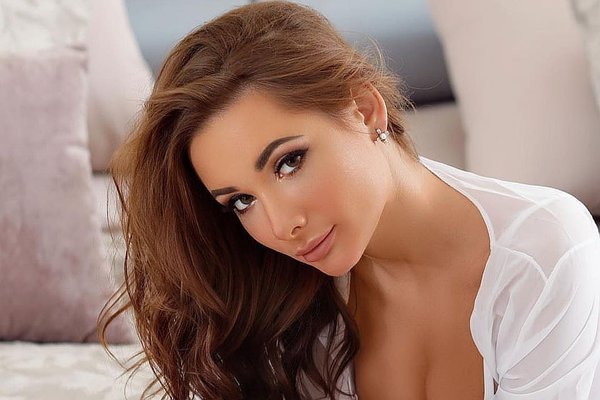 Ekaterina disappeared on July 22. Her landlord found her body on July 27. According to one version, the woman was killed by one of her lovers. Ekaterina took part in photoshoots as a model, she had a travel blog and was addicted to a luxurious style of living. She would very often use "luxury" hashtag in her posts on social media sites. She had many fans, but the woman was keeping her men out of sight for her friends.

Two years ago, Ekaterina was going to marry a 52-year-old businessman, but the couple broke up. She recently broke up with another man, and was planning to celebrate her 25th birthday with another 52-year-old man on July 30 in the Netherlands. Investigators believe that one of those men could be in the woman's apartment on the day when she was murdered.

A CCTV camera in the apartment building, where the woman lived, recorded a moment when a man wearing a baseball cap and shorts entered the building on the day of the murder. Four hours later, the same man, wearing trousers, could be seen leaving the building. The man was carrying a gray suitcase in his hand, on which he was wearing a black glove.

According to investigators, there are several suitcases in this murder case. One of them is large and black  - Ekaterina's body was found in that suitcase in her apartment. The murderer put her body into the black suitcase before he left. She was found there naked; the victim's throat was slit.

The murderer obviously packed something into the gray suitcase that he took out of the apartment building. Investigators believe that he could use the suitcase to dispose of blood-stained clothes of the victim.

Ekaterina's last photo that she posted on her page was a photo taken during her trip to Corfu, from where she returned a week ago.

According to most recent updates to the story, the murderer has been found and arrested.

A 33-year-old man named as Maxim Gareev has already admitted that on July 26 of this year he murdered the beauty and travel blogger in Moscow.

When asked for what reason he killed the woman, the young man replied that Ekaterina had repeatedly insulted and humiliated his sexual dignity and diminished his financial capacity. "I could not stand it and inflicted at least five stab wounds to her neck and chest," the detainee told the police.

Gareev came to Karaglanova's home and found out that she was going to fly to the Netherlands with her new 52-year-old boyfriend to celebrate her 25th birthday on July 30. In a fit of anger, Gareev stabbed the woman several times and then tried to pack the body into a suitcase to subsequently dispose of the body. The body was too big for the bag, and the man simply decided to leave the bag in the apartment. He packed Ekaterina's blood-stained clothes into another suitcase and then burnt them in the woods.