On July 1, 14 Russian navy men were killed in a fire that occurred on board the deep-water submersible vehicle of the Northern Fleet of the Russian Navy. 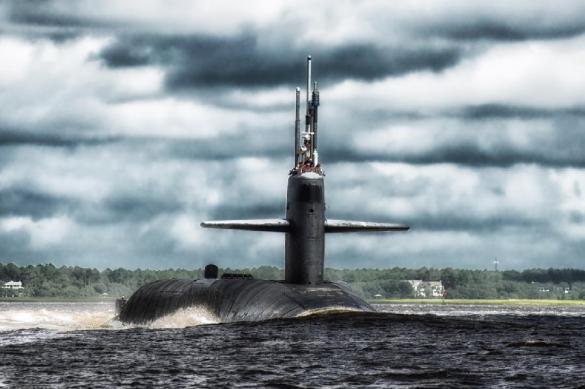 The AC-12, commonly known as Losharik, is a research deep-sea submersible vehicle designed to explore sea bottom and the bottom of the World Ocean in the interests of the Russian Navy. The fire broke out on board the vehicle during bathymetric research works. The 14 submariners were killed as they were poisoned with combustion products, the Defence Ministry of the Russian Federation said. The submariners took efforts to put out the fire, but did manage to survive.

The tragedy occurred on July 1 at about 8:30 p.m. on the submersible vehicle of Project 10831 submarine.

Dmitry Peskov, Putin's official spokesman, told reporters on July 3 that Putin as the Supreme Commander-in-Chief was informed about all the details about the secret vehicle, on which 14 Russian submariners were killed. However, Peskov added, the information was not to be exposed to the general public.

On July 2, the press service of the Kremlin announced an unscheduled meeting that took place between President Putin and Defence Minister Sergei Shoigu. Putin called the deepwater vehicle an "unusual vessel." "We know that this is a research vessel and a highly professional crew. In accordance with your preliminary reports, seven of the victims are first rank captains, two are Heroes of Russia. This is a great loss for the navy, and for the army in general," he said. First rank captain corresponds to the military rank of colonel. An officer carrying such a rank can command a ship.

Many senior officers who served on the Losharik say that there were representatives of various units on board, who perhaps were going to test something. All submarines designed to work with the the Losharik vehicle are included in the structure of the General Directorate for Deep-Water Research. This is a unique structure that serves as part of the Navy, but in fact exists separately. The main task of the unit is to tap foreign underwater communication lines, recover samples of weapons and military equipment from the sea floor and protect Russian communications equipment.

It is worthy of note that NATO's annual anti-submarine exercises Dynamic Mangoose started off the northern coast of Norway on July 2. Warships, submarines and anti-submarine patrol aircraft from Great Britain, Germany, Spain, Canada, Norway, Poland, the USA, Turkey and France take part in the drills that will last through July 14.

However, the accident on board the Russian submersible vehicle is hardly connected with the NATO exercises, Michael Kofman, a senior researcher at the American Center for Naval Analysis believes.

Per Strand, director at the Norwegian Radiation and Nuclear Safety Authority, said referring to Russian officials that the fire on board the Russian submersible vehicle in the area of the Barents Sea occurred as a result of a gas explosion. The Norwegians did not register abnormally high levels of radiation after the accident with the Russian vehicle.

There are many reasons for a spontaneous fire to occur on board the deepwater submersible, because oxygen is replaced with quenching compounds, experts say. If a person stays in the compartment where fire protection systems were activated, he should wear an insulating gas mask (portable breathing device). This is a mandatory element of equipment for all submariners. The portable breathing device allows one to breathe for about 20-30 minutes in the absence of oxygen. This time is enough to get to the isolated breathing apparatus located in each compartment of the submarine. A person can breathe with the help of those machines for an hour and a half.

The Losharik deepwater vessel is a nuclear-powered vehicle that can carry out works at depths of up to six kilometers. The vessel lacks autonomy and can be operated with the help of redesigned submarines. The vessels docks to the carrier, and the submarine delivers the submersible to the designated area. The Losharik carries no weapons on board. It was created in the 1980s. The submarine is part of the Main Directorate of Deep-Sea Research of the Russian Ministry of Defense, which is known as "underwater intelligence."

This is the largest accident that has happened on an underwater vehicle of the Russian Ministry of Defense since November 2008, when an accident on the Nerpa nuclear submarine claimed the lives of 20 people and injured another 21. The incident occurred during factory trials of the submarine in the Sea of Japan at the moment when freon gas started flowing into compartments of the submarine due to the unauthorized activation of the fire extinguishing system.