America always thirsty for more blood that even children can shed

Nikolas Cruz, 19-year-old student, who opened fire at Marjory Stoneman Douglas School in Florida, and who had been excluded for disciplinary offences, was armed with an AR-15 semi-automatic 5,56-mm caliber rifle. This rifle is used by US police and is available  as a civilian weapon, intended for self-defense and hunting. 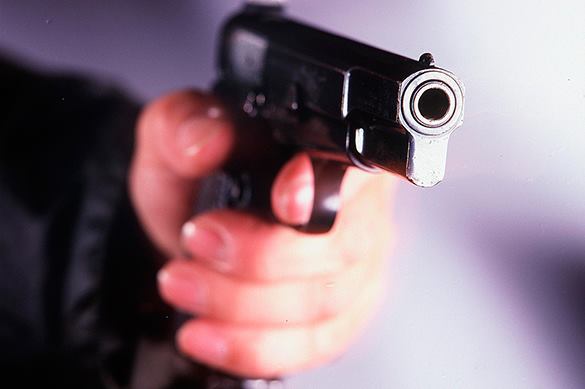 Cruz had a significant stock of ammunition with him and managed to kill 17 people. The same rifle was used during previous mass shootings in the United States, such as the Orlando nightclub shooting, in a cinema in Aurora, Colorado, in a church in Texas, and at Sandy Hook school.

According to CNN, Cruz bought the rifle last year and successfully passed the test, which a natural person has to take in the USA before buying firearms.

Nikolas Cruz is believed to be an orphaned teenager, whose father died of a serious illness 12 years ago, and his adoptive mother died from pneumonia last year.

The AR-15 assault rifle, the first modification of which was first released in 1958, is capable of breaking through a standard army helmet. The semi-automatic rifle releases one bullet each time the trigger is pulled.

In the US, the AR-15 is a regular police weapon. This is also the most common version of weapons allowed for sales to the public. In accordance with the federal law, a US citizen is eligible to acquiring an AR-15 once they turn 18 years of age.

As of 2016, Americans citizens own up to 10 million AR-15. In total, US citizens hold up to 300 million privately-owned weapons.

Another bloodbath at yet another American school has raised the issue of the need to take measures to control the circulation of weapons in the United States. Barack Obama tried to do something about the problem, although to no avail. Interestingly, one of the slogans that incumbent President Donald Trump used in his campaign was about the protection of the second amendment to the Constitution that guarantees the Americans the right to own weapons. Trump has earlier reproached the Democrats for their attempts to deprive US citizens of the right. His opponents say that one should strengthen control over the sale of weapons and thereby prevent risks of future tragedies.

President Trump sent his prayers and condolences to victims of the terrible tragedy in Florida. Yet, many Americans believe that instead of sending prayers, the president should do something about gun control.

Meanwhile, Florida Senator Marco Rubio expressed doubts that establishing gun control could have  prevented the Florida school shooting. "I think that we can always have that debate but if you're going to have the debate about this particular incident, you should know the facts of that incident before you run out and prescribe some law you claim could have prevented it," Rubio said.

Not that long ago, Donald Trump said that there would have been a smaller number of victims in Paris during the attacks in in November 2015 if ordinary French citizens had had the right to carry arms. Responding to a counter-comment about the number of mass shootings in the United States over the past two years, Trump said that if criminals could not have guns, they would have bombs.

Since 2016, the United States has seen at least three major massacres, in which criminals used firearms. After each incident, a fierce discussion would spark in the country about the need to learn lessons from tragedies and ban free weapons-bearing. However, such discussions traditionally fade quickly. Those opposed to the second amendment to the US Constitution blame arms lobbyists that have legislative initiatives under control.

Florida Governor Rick Scott called the tragedy "pure evil." He said that the State of Florida would not tolerate violence. At the same time, Scott said that the school tragedy in Florida was not a reason to discuss gun control. According to the Florida Governor, security is not a question of restrictions. One should prevent such tragedies with the help of law-enforcers and special programs for mentally unstable individuals.