Investments, trade, diplomatic and political roles, and relations between the ruling families, many papers used by the three Gulf states for decades in their relations. By virtue of its proximity to the existing monarchies and the ruling families of the Gulf States, and its economic and strategic partnerships with it, Morocco was granted an observer status in the Gulf Cooperation Council. 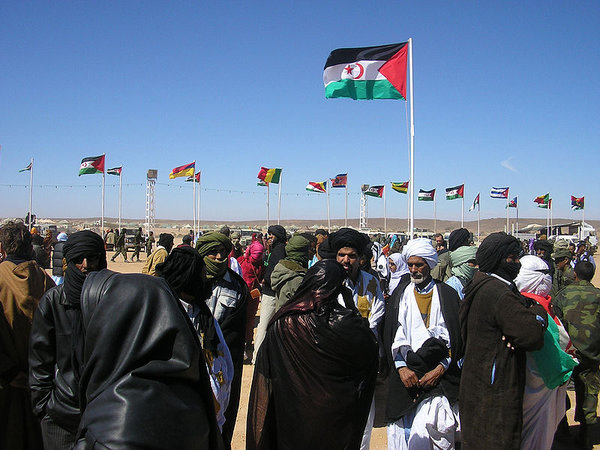 Yet, this is not enough to fully understand the hidden agenda of both parties and the diverse relations controlling the power balance and undoubted relations and cooperation. The GCC is led and controlled by Saudi Arabia indeed. So, what does Saudi Arabia want from Morocco and what does Morocco need from Saudi Arabia? What is the role of Saudi Arabia in the conflict of Western Sahara, and what did Morocco pay in return?

A secret cable leaked by WikiLeaks revealed Saudi Arabia's complicity in preventing the Western Sahara from participating in the African Union and in the United Nations summit by sending letters to the Secretary-General of the UN threatening to boycott tall meetings if Western Sahara delegation is present. This was no surprise as Morocco asked Saudi Arabia, its Godfather, to do such a favor.

Saudi Arabia, through its permanent delegation to the United Nations, has obstructed the participation of the Western Sahara in UN meetings. The cable notes that the Saudi delegation commented on an invitation sent by the African Union, which recognizes the Sahrawi Republic to participate in a UN meeting. In an attempt to satisfy Morocco's wishes, which it justified under private bilateral relations between the two countries and cooperation in all fields and issues, Saudi Arabia sent a letter t he Secretary-General threatening to boycott all participation in the meetings and that it would urge the rest of the Gulf countries to take a similar position if It is the matter was not addressed in favor of Morocco by excluding the SADR ( Saharawi Republic) , noting that Morocco have always been refusing to recognize the right of the Saharawi people to self-determination.

During a Gulf-Moroccan summit in April 2016, Gulf countries were very vocal in their support for Rabat on the Western Sahara issue. King Salman rejected any touching to Morocco's highest interests, and said to the Moroccan King Mohammed VI, "We declare solidarity with all of the political and security issues of concern to your brotherly country, namely on the issue of the Sahara¨.

All types of tourism

The Moroccan-Saudi relationship is always dependent on money, cash liquidity and all types of tourism. It developed more especially when the war was raging in Western Sahara, the time when the Moroccan army was getting its salaries from Saudi Arabia. In the era of the 80´s, the Saudis financed the Moroccan built Sand Wall (the Berm) that divided the Western Sahara into two parts.

Morocco could not refuse any request to the Saudi royal family. To tighten the grip on it, Morocco was asked to participate in all the Saudi-backed wars, such as the Iraq war, the Gulf War and the war to topple Saddam Hussein. The war on Yemen is yet another example where Morocco was asked to send its men to the front lines to fight on behalf of the Saudis. In the midst of the tension between Iran and the gulf countries, the Iranian-Saudi diplomatic crisis emerged. Morocco became a "historic friend" and a servant upon ceasing the diplomatic relations with Iran and freezing all ties with its regime.

Saudi Arabia stands firm and strong with the Moroccan occupier in its intransigence and its confrontation with the international community. Its pressure was decisive in preventing Sweden from recognizing the Saharawi Republic. Saudi Arabia managed to drag with it the Arab countries that have economic relations with Sweden to pressure them so as not to recognize the SDAR. But why is Saudi Arabia now interested in helping Morocco more politically than before? On one hand, Saudi Arabia has been financially supporting Morocco and has been prepared to cover any financial deficit in which Morocco is plunged in. Soon after, Saudi oil money would be right pumped into the Moroccan treasury to fill in the gaps But since oil prices have fallen in the last three years, Saudi Arabia decreased the amount of money to given Morocco as a consequence of diverting all money to support services in the wars in Yemen. On the other hand, Saudi Arabia has to compensate for its lack of financial support by increasing political support.

Moroccan Billionaire Othman Benjelloun, in an interview two days ago gave an astonishing statement about the role of the Saudis in the organization and the financing of the Green March that highlighted the occupation of the Western Sahara: "I did not pay a single dirham to finance the $ 300 million for the Green march in 1975 at that time," said Benjelloun. "It was our Saudi friends who helped finance this march because the state was not able to finance such event".

By BroadArrow at the English language Wikipedia, CC BY-SA 3.0, https://commons.wikimedia.org/w/index.php?curid=14683526