Activists of the Conflict Intelligence Team (CIT) research group found another video on the Internet, which, as they believe, shows the "Russian military men" in captivity in Syria. It goes about citizens of the Russian Federation Roman Zabolotny and Grigory Tsurkanu, who had been  earlier identified on another video posted directly on behalf of the Islamic State terrorist group (banned in Russia). 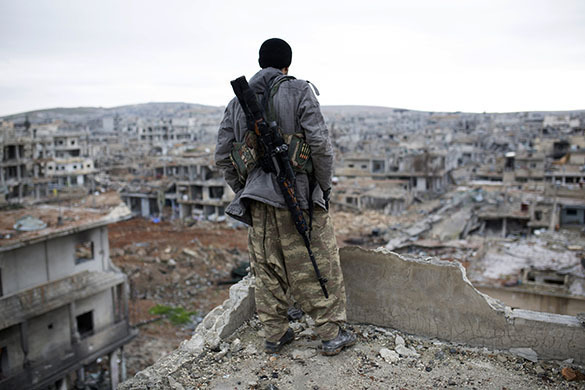 In the new video, Zabolotny can be clearly identified. He calls himself a Russian into the camera and says that they were captured when they were delivering information to the headquarters." The face of another person in the truck is covered with a cloth, but Conflict Intelligence Team suggested that it was Gregory Tsurkanu. The video shows a third prisoner, whom the research group called a Syrian. According to previously published data, Zabolotny and Tsurkanu were captured together with Syrian government troops.

Journalists conducted their own investigation and found out that Zabolotny was a member of a Cossack organization from the Rostov region of Russia, whereas Tsurkanu was a retired paratrooper, a member of the veteran organization "Combat Brotherhood." The Russian Defense Ministry again stated that Russian servicemen had not been taken captives in Syria.

The Russian Foreign Ministry promised to establish the citizenship and the possible whereabouts  of the allegedly captured men. A few days ago, Russian MPs Viktor Vodolatsky and Anatoly Kotlyarov stated that the Russian POWs had been killed. No confirmation to their statement has been found yet, though, and the fate of the two Russians in the video remains unknown.