The police of the Krasnodar region investigate circumstances of a series of gruesome murders that a local family couple was committing for decades. Supposedly, victims would be killed for cannibalism, while their meat would be cooked for cadets of a local aviation school. 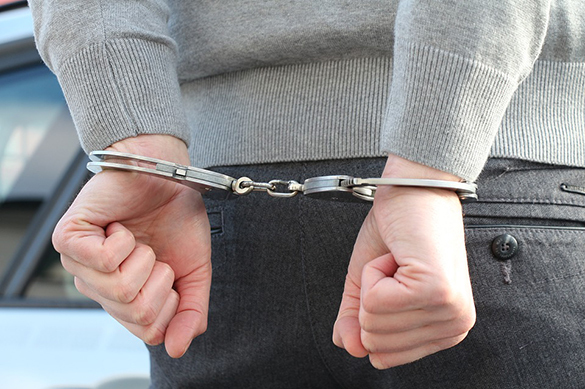 The family couple suspected of tens of such murders have been arrested. The woman has already identified more than 30 victims from photographs, law-enforcement officials said.

"The woman has identified more than 30 victims from photographs. Allegedly, the woman and her husband had killed those people to eat them," a source with law-enforcement agencies of the Krasnodar region said.

The suspect started giving detailed testimony after a conversation with a female psychologist who came from Nizhny Novgorod. All the victims of the cannibals were listed as missing.

The perpetrators were identified as Dmitry and Natalia Aksheyev. Telephone numbers of their victims, different video instructions and human meat recipes, even canned human meat, were found in their home. One of the photo, which appears in the criminal case as evidence, has a date on it - December 28, 1999, which suggests that the perpetrators were committing their gruesome crimes for about 20 years.

"The woman worked as a nurse at a military aviation school and presumably fed cadets with human meat stew," the source added.

The cannibals' crimes were exposed incidentally. On September 11, road workers found a mobile phone in Repin Street in Krasnodar. The device contained a few photographs of 35-year-old Dmitry Baksheyev, who took selfie pictures of himself holding a woman's head and hand.

The workers brought the telephone to police. The perpetrator was identified. After he was arrested, the man told the police that he had found human remains on the territory of the military aviation school and simply decided to take pictures with them.

The next day, the remains of the murdered woman were found near the place where the lost phone was found, on the territory of the military aviation school. Human body parts were packed into a bag and a bucket. A bag with belongings was also found nearby.

It is worthy of note that the military aviation school of Krasnodar named after the Hero of the Soviet Union A.K. Serov is an authoritative educational institution. Almost 150 graduates of the school were decorated as Heroes of the Soviet Union; several former cadets became cosmonauts.