Why the war in Afghanistan will last forever

In May 2017, Blackwater founder Erik Prince tried to prove on the pages of the Wall Street Journal that it would be more advantageous for the Pentagon to use professional mercenaries and appoint a viceroy to monitor the war in Afghanistan. 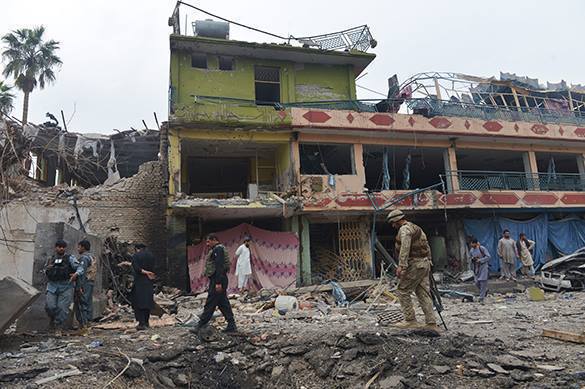 According to Prince, this would bу a solution to America's longest war of 16 years and 117 billion dollars. "In Afghanistan, the viceroy approach would reduce rampant fraud by focusing spending on initiatives that further the central strategy, rather than handing cash to every outstretched hand from a U.S. system bereft of institutional memory," he says. Mr. Prince must have forgotten that his hand was outstretching too during the war in Iraq.

In July, it transpired that Prince and owner of the military contractor Dyn Corporation, Steve Feinberg, began preparing a plan for the privatization of the war in Afghanistan. Reportedly, the strategy was called the "Laos option" - an allusion to the shadow management of Laos by the USA during the Vietnam War.

This name is definitely not a good one here, because the US had dropped 2.5 million tons of bombs on that country, until the Americans were forced to leave Vietnam in 1975. Traditionally, the Americans do not generally recollect the collateral damage caused by their foreign adventures. Meanwhile, unexploded ordnance killed more than 20,000 civilians in Laos during more than 40 years after the onset of peace.

Of course, Prince and Feinberg receive a cold welcome in the US administration, like McMaster or Mattis, but the pendulum has started swinging. The military business lobby in the United States is perhaps the most powerful one, and if contractors are interested in spicing up the Afghan war, they will definitely get what they want.

Not that long ago, former Undersecretary of Defense, Michelle Flournoy, published an article in which she tried to prove that the USA had not lost the Afghan war. According to Flournoy, there are "only 8,400 US troops" in Afghanistan and increasing the contingent will of course help achieve the goals set, but only if they become part of a larger and more effective strategy.

The effort to increase the number of troops - thousands and thousands of mercenaries paid by Feinberg and Prince - is quite lamentable. After all, Flournoy's opinions come as a reflection of the opinion of Capitol Hill. She co-authored the Afghan policy of the Obama administration and strongly influenced the adoption of the ill-fated decision in November 2009 to send 33,000 soldiers to support the Karzai regime.

It is worth recalling that the year 2010 saw three quarters of all human losses of coalition forces in all 17 years of the Afghan war. Those lives remain on the conscience of not only the president who failed to withstand the arms lobby, but also on the conscience of those who executed the order.  Through the mouth of Michelle Flournoy, they assured the Americans that the war in Afghanistan should continue indefinitely until Washington takes the country from the Taliban completely.

The USA will never be able to achieve this goal. Today, the Taliban controls much more territory than ever since the 9/11 attacks. Local residents, who come across rudeness, brutal corruption and politics based on the right of the strong, begin to believe that Talibs are not terrorists, but rather fighters for justice, who deserve moral and material support.

Of course, the proponents of eternal war are right when they say that the Taliban must pay for hiding Ben-Laden and Al-Qaeda, but they forget that international terrorism was largely created through the hands of the Americans. Muslim extremists began to destabilize the whole world in general and America in particular to curb the policy of the States in the Middle East.

When the US arms business starts speaking with voices of Prince, Feinberg and Flournoy, calling for the resumption of active hostilities in Afghanistan, one should understand that those people want money. Simple as that. Having failed to get into power with Hillary Clinton's team, the military lobby is starting a massive pressure campaign on the current US administration that sometimes tries to clean after their predecessors.

During 17 years, the United States has spent 3.6 trillion dollars on eternal war, and a lion's share of this amount rests handsomely in the wallets of lobbyists and their masters. There are only two ways for the situation to develop: either President Trump chooses political changes and steps down, or signs multiple military contracts and turns Afghanistan into a meat grinder again. The choice is obvious.