Domino effect may take America to open war with Syria

Intricate relations within alliances and miscalculations in military strategies may lead to tragic consequences. World War I showed to all how alliances can shamefully shatter and push countries into chaos one after another like dominos. This is what comes to mind when one takes a look at  the current state of affairs in today's Syria. 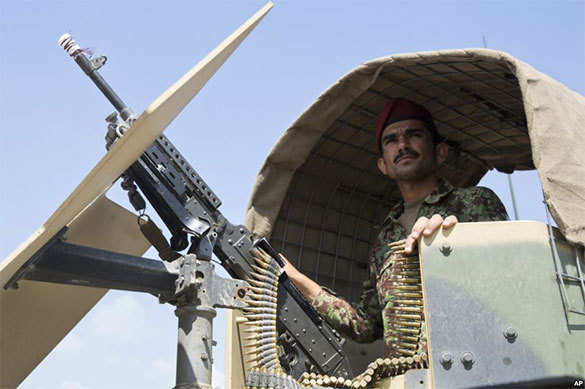 On June 20, an American fighter jet shot down a Syrian bomber aircraft in a second act of open aggression on the part of the United States. During the next few hours, Moscow announced that Russian forces would shoot down any American or coalition aircraft should they violate the air border to the west of the Euphrates. The Pentagon soon responded with an order to destroy anyone in the event of a threat to security.

At the same time, another ally of Bashar Assad, Iran, has been increasing its military presence in Syria. Iran's activities in this direction culminated in a missile strike on ISIL militants as an act of  response to terrorist attacks in Tehran. Let's try to imagine what may happen if the US continues to tease the Persians, knocking down their drones and bombing the Shiite militia.

Have the dominos started falling or are there topics for a dialogue left? Most likely, statements from Moscow were accepted with a degree of skepticism. The Russian Foreign Ministry said that the communication channel used to coordinate Russia's activities with the Pentagon was closed, although most recent reports indicate that the hotline was still open. Threats to the Americans could be a part of a diplomatic game rather than a manifestation of an escalation of the conflict. USA's military intervention in Syria is a dangerous game indeed because it creates risks for clashes with Russia and her allies.

The persistence of the White House in this situation is hard to understand, given that the United States has no vital interests in Syria. As Donald Trump used to say four years ago, the war in Syria was a monstrous battle, but it was not an American battle, because the USA would only increase its public debt and get deeply involved in a long-term conflict. Why doesn't he say anything like this now?

The military intervention of the United States in the Syrian conflict does not have any legal grounds, nor can it be considered defensive, and is therefore unacceptable. As Trump said in 2013, the Constitution demands Congress should declare war prior to any military action that the USA takes, although it seems that champions of reckless foreign policy have forgotten about this rule.

In 2001 and 2002, America was mandated to intervene, but the effect of those obsolete documents can not be prolonged to this day. ISIL did not exist back then, and Syria was not engulfed in the civil war either.

The only outcome of the military intervention is the suffering of the people. The truth is, there is no guarantee that the US will take Syria to security and peace faster. If Syria becomes a theatre of war between the United States and Russia, the two nuclear powers may easily destroy the region without even noticing it.