A few days ago, North Korea accused Beijing of coming into an agreement with the US to increase pressure on Pyongyang to end North Korean nuclear and missile programs. Some analysts assumed that the North Korean administration stood up against China. If this is true, then the situation around the Korean nuclear missile problem becomes even more complicated. 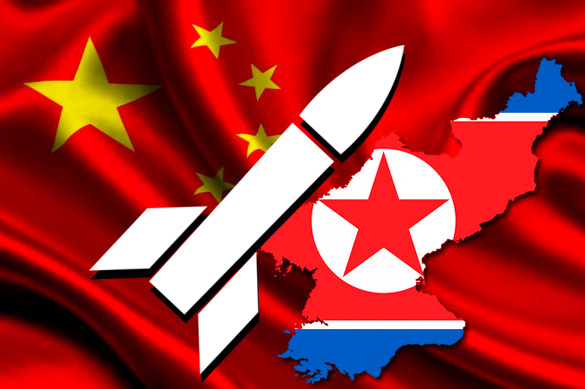 Yet, it appears that North Korea's first criticism of China in decades has come as a smart game that the Chinese administration is playing.

Judge for yourself: Pyongyang's protest against Beijing's actions would be roughly the same as Berlin's protest would be against the policy of Washington. That is, it can be possible only in the form of a staged event, a trick, the goal of which is to show younger partner's independence. Can you imagine that Germany could protest against the actions of the United States, for example, in the Ukrainian crisis? Absolutely not. We can see a similar situation now in the protest from Pyongyang.

It would be an exaggeration to call North Korea a large self-governing province of China: all life in the DPRK depends on its large northern neighbour - China. Therefore, it would be correct to consider Pyongyang's nuclear weapons as Chinese weapons: Beijing strategists have managed to acquire two nuclear arsenals. China's nuclear weapons ensure the country a place among five world powers, members of the UN Security Council, but at the same time they are accountable to the IAEA and possessing nuclear weapons stipulates strict limitations and obligations that must be respected.

Keeping nuclear weapons in North Korea is a whole different story. Legally, those weapons have nothing to do with China. Yet, North Korean nuclear weapons would have never appeared, if it was not for Beijing's tacit consent. In fact, it is difficult to imagine that China would allow a nuclear power to emerge near its borders.

The Chinese need this "foreign" nuclear arsenal for political games - like the one that they are currently playing with the United States.

Beijing has already won the status of a priority partner in the dialogue with the United States on the issue of the North Korean nuclear program.

For the USA, the DPRK and its nuclear weapons give an excellent opportunity to consolidate its presence in the northwestern part of the Pacific Ocean, deploy a missile defence system there, strengthen Japan and introduce aircraft carrier forces. This is a strategic game, is it not?

China is pleased to be a partner in it. China has already increased its strength and continues building an aircraft carrier fleet, nuclear icebreakers and submarines. Certainly, China takes advantage of the situation around North Korea to bargain with the US in other areas: disputed islands in the South China Sea, coordinating trade and financial problems.

As for the specific case with the North Korean protest, one can see the ability of the Chinese to play up to the Americans, that is, to conduct the game in the American style.

The protest from Pyongyang has come as an intrigue, which fits the current style of the US-led foreign policy. As we can see, the North Korean nuclear soap opera is developing speedily. New episode is coming soon.