Maria Zakharova, official representative of the Russian Foreign Ministry, believes that the Western media pays almost no attention to a humanitarian catastrophe in the Iraqi city of Mosul. No precise facts about the state of refugees have been elsewhere published. According to her, journalists carefully sidestep the tragedy. 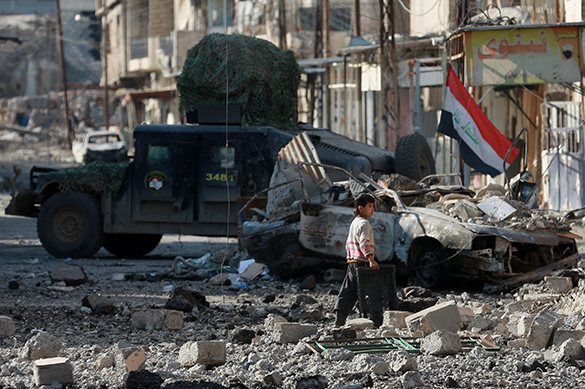 'The Mosul tragedy is being carefully sidestepped in the global media space. Insofar as it is possible technologically, taking into account the immensity of the disaster. One more terrible example of informative lie, orchestrated by media mainstream,' the official Foreign Ministry representative has pointed out.

Zakharova compared the situation with coverage of the Syrian events.

'It is strange that no English Twitter account of a girl, who suffers in the city of Mosul has appeared yet. It is strange that Christiane Amanpour does not raise a question every week on how many people died as a result of acts of the international coalition in this city. It is strange that there are no pictures, hash tags, bright titles about the humanitarian catastrophe in Mosul at central press-conferences in global capitals, main newspapers and magazines,' she wrote on her Facebook page.

Alike situation was evidenced with coverage of situation in Syria by the Western media. In December last year the Daily Mail columnist Peter Hitchens was indignant about no truth on events in Aleppo in the British media and loyal treatment of crimes of the so-called 'rebels' by the British authorities.

As he wrote, all the British media were full of bright reports on events in the Eastern Aleppo, which had been provided though by people from Beirut or London.

According to his data, there was no regular correspondent from the Western media. Most probably, because of fear that journalists may be kidnapped or even killed. And the British media kept calling fighters as 'moderate rebels'. In any other place they would be called as extremists, jihadists, or terrorists.