Russia's Investigative Committee obtained evidence to prove the use of tactical missile complexes Tochka-U by Ukrainian Armed Forces against the civilian population of Donbass, representative of the department, Svetlana Petrenko said. 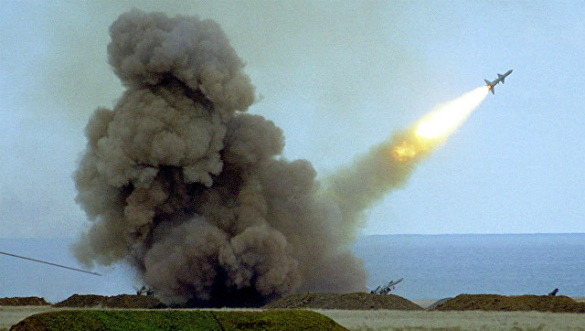 "We have received and documented irrefutable evidence of the use of weapons of mass destruction by the Armed Forces of Ukraine - tactical missile complexes Tochka-U were used against civilians in the armed conflict," she said.

The use of Tochka-U systems was reported in several settlements of the People's Republic of Luhansk.

According to representatives of the Russian Investigative Committee, the use of weapons of high killing power that leaves civilians no chance for salvation is a violation of international norms.

Deputy commander of the operational command of the People's Republic of Donetsk, Eduard Basurin, said last week that Ukraine had delivered eight Tochka-U systems to the Donbas. According to him, Ukraine has been concentrating forces along the contact line of troops lately. "Two tactical missile complex Tochka-U have been delivered from Kramatorsk to Avdiivka. Six other systems have been delivered at the railway station of Novobakhmutovka," said Eduard Basurin.

Pravda.Ru requested an expert opinion from Vladimir Evseev, Deputy Director of the Institute of CIS Countries.

"Is Tochka-U system a weapon of mass destruction?"

"Do you think that Ukraine will be called into criminal account for using those systems?"

"The problem is that the People's Republics of Donetsk and Luhansk, unfortunately, have no subjectivity. If they were subjects of international law, then they could submit relevant documents to the UN Security Council. Yet, the two territories have no subjectivity. They can turn to the International Court of Human Rights - individual citizens could supply, with Russian help. Yet, an official address from one entity to another entity is impossible."