US State Department spokesman John Kirby spoke about a possibility of terrorist attacks in Russian cities and losses for the Russian Air Force in Syria. 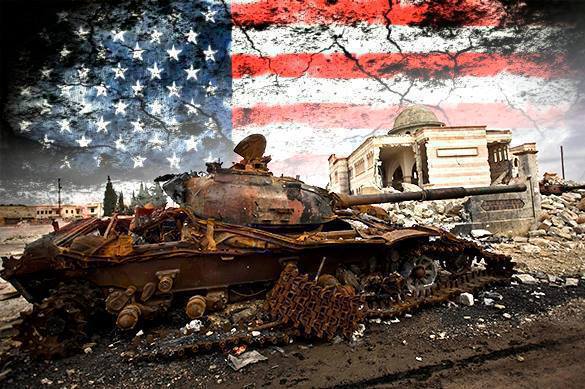 On September 28, the representative of US Department of State stated during a daily press briefing that the US was studying a possibility to suspend contacts with Russia on Syria if Russia did not stop its operations in Aleppo. When journalists asked about possible consequences should Russia continue its military actions in Syria, Kirby stated that the civil war in Syria would continue.

The State Department still refuses to recognize any responsibility for the failure of the truce in Syria, while Moscow says that Washington is incapable of meeting one of the key requirements to distinguish between Syrian armed opposition groups and extremist groups. On the contrary, representatives for the US administration insist that they expect some steps from Moscow to restore the truce.

Noteworthy, after Russia started its anti-terrorist operation in Syria, Pentagon chief Ashton Carter also predicted combat losses for Russia. US President Barack Obama also said that Russia could get caught up in the Syrian "quagmire" and drew parallels with the Soviet experience in Afghanistan.

The Russian Foreign Ministry commented on the statement from the official representative of the US State Department John Kirby about possible militant attacks on Russian cities.

Official spokeswoman for the Russian Foreign Ministry, Maria Zakharova, said: "Don't you think that such ventriloquism about "body bags," "terrorist acts in Russian cities" and "losses of aircraft," sound like the "attack!" command, rather than diplomatic comments?"

"In fact, if one listens to what our American colleagues, including officials, say, one comes to conclusion that they are playing into the hands of terrorists, giving them undisguised support. We can not find a different interpretation to these poorly disguised invitations to use "terrorist weapon" against Russia," Sergei Rybakov said.

"These endless attempts to threaten everyone, to say that the dialogue and cooperation between Moscow and Washington may stop ... we hear these signals. Yet, one can not use the language of ultimatums with Russia - this is never acceptable," the official added.

US Secretary of State John Kerry said that the US was preparing to suspend cooperation with Russia on Syria.

According to John Kirby, Kerry informed Russian Foreign Minister Lavrov that the US was preparing to suspend the bilateral dialogue between the United States and Russia on Syria, including the establishment of a joint center for the implementation of the truce, if Russia did not take immediate steps to halt the offensive in Aleppo and cease the hostilities, RIA Novosti reports.

According to him, Kerry also made Russia responsible for the use of incendiary and bunker busters in Aleppo, for the offensive of the Syrian government forces in general, the humanitarian situation in the city and the alleged attacks on the civilian infrastructure.