As the United States of America has been losing dominating positions in the Middle East, Turkey and the United Kingdom demonstrate determination to fill in the vacuum. It appears that Ankara and London aim to retrieve the once lost legacy of the Ottoman and British empires. The current state of affairs in the region resembles the one that preceded the infamous Sykes-Picot agreement that was concluded a hundred years ago. 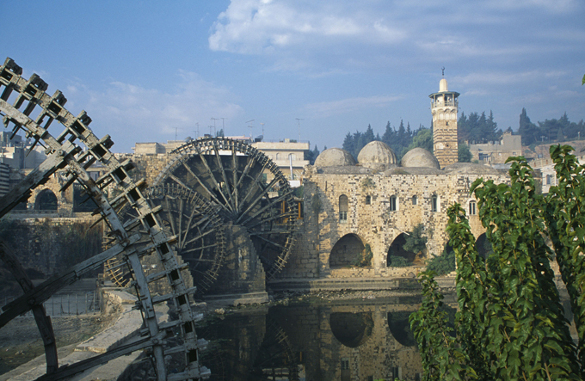 Turkey announced its intention to establish a multipurpose military base in Qatar. The new base will give Ankara an opportunity to resort to active military intervention in the Persian Gulf, the Red Sea, the Horn of Africa and North Africa.

Simultaneously, the United Kingdom agreed to open its base in Oman. British Defense Secretary Michael Fallon announced the news at the end of his tour of the Gulf countries, during which he visited Oman, Qatar and Saudi Arabia. In addition to the agreement about the deployment of the base in the immediate vicinity to the strategically important Strait of Hormuz, London signed an agreement on military cooperation with Qatar.

All this is happening against the background of growing security concerns of Arab Gulf States in the face of the growing power of Iran, as well as threats from terrorist organizations and ongoing tensions in neighboring areas (Libya, Palestine, Iraq, Syria, Yemen, Sudan, Somalia).

The Arabs have lost confidence in their erstwhile strategic ally - Washington. For several decades, Washington guaranteed the inviolability of "oil monarchies" of the Gulf. Now the Obama administration has made it clear that America was not going to solve the problems of the Gulf states and would like to be relieved of responsibility for their safety.

Credibility of the United States has been lost

The Arabs, of course, are very upset with Obama. They are clearly not ready to switch to "self-defense" in the sphere of military security, despite the declaration of the establishment of "Middle Eastern NATO" and the recent largest-ever "Northern Thunder" military drills.

Saudi Arabia and its allies were most angered about Obama's proposition to find a way to "share" influence in the region with Iran - to conclude a "cold peace" agreement with the country. The formula of the "cold peace" is supposed to be based on military parity with Iran. This is a very long way that Arabs have to go, in spite of the largest-ever "Northern Thunder" military exercises and the plans to create "NATO of the Middle East."

It is quite possible that one could make a free steps towards this parity with the help of one of the strongest armies in the Arab world - the Army of Egypt. Egyptian president had said that the security of the Gulf was just as important for Cairo as national security. Egypt is ready to provide all necessary assistance to the countries of the region. No one hurries to build Egyptian army bases in the region. Yet, Turkish and British armies are coming soon.

This development looks quite logical. Firstly, Turkey and Britain are NATO members, which guarantees the preservation of the American control over the region "by proxy". Secondly, the Turkish army in the Gulf solves the problem of the lack of forces capable of conducting ground operations, whereas the British presence closes down the matters of maritime operations and electronic surveillance.

Most importantly, Ankara and London are heirs of the two empires that used to share control of the Gulf region for a whole era until the end of WWI. The Ottoman and the British empires laid the foundation for the formations that subsequently evolved into present-day "oil monarchies."

There are good chances for America's "unipolar" dominance in the Gulf to switch to the "bipolar" Turkish-British system. The two empires had shown strong influence on the region in the past, and they still have it. Suffice it to say that it is London (not Washington) that still remains the center of attraction for Arab elites.