The endgame for Israeli occupation 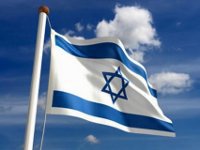 The Palestinians of Gaza are picking up the remains of what they have lost in family members in the past 50 or so days of war where they were being forced to inhuman and cruel conditions in the illegal blockade of Gaza where no objects can enter without the consent of the occupying power. The pro-Israeli media has tried to win a war on social media, through harassment of defenders of human rights, and by falsifying reports but none has worked as world opinion drastically turned against Israel as it surrendered this past week.

While Israel has unilaterally surrendered to Hamas although it will not publicly state this, it has accepted all of Hamas terms for an "unlimited ceasefire" to lift the siege of Gaza with the borders monitored by the native Palestinian and Egyptian forces on the borders. The pressure was built up on Israel as even the United Nations Security Council (UNSC) is ready to pass a "ceasefire resolution" with dispatch of U.N. Peacekeepers for a ceasefire in Gaza and the State of Palestine with the support of the U.S. It is important to point out that the U.S. stated it would only support such a resolution if negotiations between the two parties failed but in this case; succeeded. Israel has even accepted the notion of international forces on the borders but it is unlikely Hamas will accept any force to disarm them as those who have committed genocide by killing 2000 civilians; must be disarmed first in case of Israel. An international force to protect borders and the ceasefire would be welcomed so the U.S. should not be supporting a resolution which might bring more violence.

Hamas has stated that it will build the seaport and airport without the consent of Israel as it is the right of the Palestinian people as this was agreed upon with the Oslo Accords and unless Israel wants to terminate, the Palestinian people are entitled to both as Yasser International Airport in Gaza was functioning in the 90's before Israel targeted a civil object once again.

Hamas and other Gaza factions have and are growing much stronger this time around and reciprocate any attacks on its civil objects with a victory as demonstrated these past 50 days. A game changer were the new long range missiles acquired from the Iranian Revolutionary Guard Corps (IRGC) with more on the way for legitimate self defence from the genocide being perpetrated on the Palestinian people. This will continue until liberation is achieved.

Many speak of the "Israeli self-defence" but there can be no self-defence of a state where it maintains any effective control of the area in question according to the verdict in Democratic Republic of Congo v. Uganda at the International Court of Justice (ICJ) and the illegal blockade of Gaza would certainly fall under this category.

In addition, the call for de-militarisation of Hamas which is the democratically elected party of Gaza; an integral part of the State of Palestine cannot be disarmed as Article 51 of the U.N. Charter allows self-defence using the customary law component of the Caroline Test as the basis and legal authorities such as Nicaragua v. U.S. or the ICJ opinion on the separation wall in Palestine by determining legitimate threats in relation to an armed force crossing international borders. In addition, Article 2(4) of the U.N. Charter prevents a nation from "using threats...against the territorial and political independence of a state". This is effective because Hamas is no longer a non-State actor as Palestine gained statehood through U.N. General Assembly Resolution 67/19 in 2012 and needless to say; is now the "State of Palestine".

However, the unity government of the State of Palestine took nearly 2 years to form and this unity is very important for the Palestinian people, politically, and legally as it can move including filing actions at the international courts as one unit. The International Criminal Court's Prosecutor Fatou Bensouda also confirmed that the State of Palestine may join the International Criminal Court. Many influential figures such as former U.S. President Jimmy Carter have called on the international community to recognise Hamas.

In addition, the security concerns of Israel may be avoided with meaningful talks when re-opening, not opening, the airport and building a seaport where the European Union has suggested a Gaza to Cyprus route to begin with. Note that I point out that it is a "re-opening" as both are included in the Oslo Accords as previously mentioned and unless Israel would like to violate the Oslo Accords which would dissolve the Palestinian Authority as well; it will have to accept both of these civil transportation installations. Both can be protected legally through the steps Professor Francis Boyle had recommended:

1. "Palestine can join the Rome Statute for the ICC and file a complaint with the ICC against the illegal settlements and settlers, who are committing war crimes;

2. "Palestine can join the Statute for the International Court of Justice, sue Israel at the World Court, and break the illegal siege of Gaza;

3. "Palestine can join the Law of the Sea Convention and get its fair share of the enormous gas fields lying off the coast of Gaza, becoming economically self-reliant;

4. "Palestine can join the International Civil Aviation Organization and gain sovereign control over its own airspace;

5. "Palestine can join the International Telecommunications Union and gain sovereign control over its own airwaves, phone lines, bandwidths."

Over 80% of targets in Gaza have been civilians according to the United Nations which has termed Israeli actions as "war crimes" and "crimes against humanity". The State of Palestine cannot tolerate bombings on civilian objects and on even United Nations Refugee Camps as well as on U.N. Schools in Gaza. In addition, over 50% of the Gaza population is under 18 making many of the civilian victims children.

With a negotiated ceasefire implemented, one might what is next step in the struggle for freedom. As previously mentioned, a de-militarised State of Palestine is out of the question as it must have the rights to defend itself in the face of Israeli aggression in violation of Article 149 of the "4th Geneva Conventions Relative To The Protection Of Civilian Persons During Time Of War" which the entire world witnessed these past 50 days. Even its main arms suppliers such as the U.S., U.K., and Spain delayed or cut off arms as they risked being complicit in the genocide.

Numerous other war crimes were also committed under the 4th Geneva Conventions such as encircling a civilian population without evacuating them under violation of Article 17 leading to proving genocide; a violation of Article 2 of "1948 Geneva Convention On The Prevention And Punishment Of The Crime of Genocide" or Article 6 of the Rome Statute. Israel provided leaflets to citizens warning them to evacuate but cordoned the area providing no escape for the innocent women, children, and elderly. In addition, there are many reports that chemical weapons have are being used against the civilian population in Gaza.

With that in mind, the State of Palestine may sign up for the International Criminal Court (ICC) through ratification of the Rome Statute through Article 12 (3) in making a declaration to that effect which can in turn, bring freedom on the ground. The State of Palestine has decided it will request the UNSC to pass a resolution requiring all illegal Israel settlers to leave within 3 years or face legal consequences at the International Criminal Court. This will likely pass in the General Assembly which has been more relevant in recent times if the U.S. stands naked before the world in vetoing this at the Security Council. This is a polite gesture to give time for those committing war crimes to leave in peace before they are prosecuted for those same war crimes.

As per Article 49 of the 4th Geneva Conventions; it is illegal for an occupying power to transfer its own civilians into the area it occupies. When Palestine became a "state" at the United Nations, it automatically received the rights of a state which is to control the land it has been recognised and any other people in that land forcefully staying there and claiming a separate nation are legally defined as "occupiers". Article 85 (4) of the 1977 1st Additional Protocol and Article 8 (2) (b) (8) of the Rome Statute states the same. This is consistent with the policy of the U.S Department of State and European Union in maintain that all Israeli settlements in Palestine are illegal. This is especially relevant as Palestine is now a "state" at the United Nations.

Hamas has also endorsed and signed Palestinian President Abbas's request to join the ICC realising they can also be held accountable. The ICC has stated that they currently cannot investigate violations of international law in the State of Palestine but this can all change with a simple new declaration under Article 12 (3) of the Rome Statute as some have pointed out, the ICC has jurisdiction over crimes committed in the member-State. As previously mentioned, the presence of settlements are a crime itself and put together; have the sufficient "gravity" needed by the ICC to begin issuing arrest warrants for those violating international law.

In essence, the entire occupation of the State of Palestine can be cleared by issuing ICC arrest warrants to the occupiers as it will have jurisdiction on the land of the State of Palestine. Israeli war criminals and Israeli occupiers cannot escape ICC warrants which are issued through Interpol and other intelligence agencies which both Israel and Palestine are party to. All of the arrest warrants issued by the ICC have resulted in the party being transferred to The Hague for trial or the accused going on the run and being a fugitive.

In addition, United Nations Peacekeepers, which were already offered in this latest war, have been dispatched to protect the civilian population when war crimes are proven  at the international courts. In any case; there is no doubt that the Israeli war criminals will be held accountable in the near future after decades of struggle as no war criminal, no matter how powerful at the time, has gotten away reading history. Additionally, no freedom movement has been suppressed in history.

The time has come for the State of Palestine and the end of the pedophilic Israeli occupation through legal actions where freedom on the ground, not just in texts, is not far away.