Saudi Arabia has allocated three billion dollars to the Lebanese army, more than double the country's military budget. King Abdullah recommended "increasing the safety of Lebanon" with this money in light of the recent terrorist attacks, but with one condition - the weapons must be purchased in France. Francois Hollande should not be too hopeful that the destabilization in the region would not affect his country. 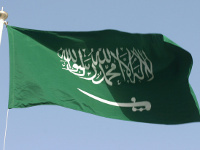 Last Sunday Lebanese President Michel Suleiman said that Saudi Arabia would allocate three billion dollars in aid to the Lebanese army. The Western media described it as a noble gesture to aid Lebanon stability impaired as a result of the recent terrorist attacks. On December 27, at least eight people were killed and over 70 injured after a car exploded near government buildings. The explosion killed former Lebanese Finance Minister Mohammad Shatah who, according to the local media, criticized the dominance of the Shiite party Hezbollah in the Lebanese army and security agencies. Members of the Lebanese political elite who are adherents of Sunni Islam have attributed these attacks to the armed wing of Hezbollah. In turn, members of parliament from the Hezbollah believe that this attack was by members of a Salafi extremist group. No group has claimed responsibility for the attack. The responsibility for a double attack near the Iranian Embassy in Beirut on November 19 that killed at least 23 people, including the cultural attaché of the Iranian embassy, was assumed by the Brigade of Abdullah Azzam, Al-Qaeda, supported by the Saudis. The announcement of assistance followed a visit to Riyadh of French President Francois Hollande who met with Saudi King Abdullah, the former Lebanese Prime Minister Saad Hariri, as well as the leader of the Syrian National Coalition opposition and revolutionary forces Ahmad Jarboe. If we consider that recently Lebanon areas bordering with Syria turned into a haven for terrorists fleeing the Syrian government army, and France was the most active supporter of intervention in Syria, the alliance France - Saudi Arabia - Lebanon does not look random.

Political scientist and expert on international affairs, the author of Global Research Finian Cunningham believes that one of the protagonists of terrorism, Saudi Arabia, made ​​a "gift" to Lebanon to secure its influence on the Lebanese army and direct it against its main opponent - Hezbollah. The expert wrote in an article for the portal Iranian Press TV that the insidious interference of Saudi Arabia in the internal affairs of Lebanon could trigger further growth of religious tension between Sunnis and Shiites in the country still recovering from 15 years of civil war. He cited State French channel France 24 that believed that military assistance would help the Lebanese army to fight groups like Hezbollah that have caused a wave of violence in the country. Cunningham believes it to be deliberate distortion of the facts, because the cycle of violence in Lebanon was provoked by terrorist groups linked to Saudi Arabia, Israel and Western intelligence. The main victims of the attack are Shia communities in the south of Beirut, Baalbek, in the east of the country.

The author said that Saudi bloody money sponsoring terrorism did demonic work in Syria, Iraq, Lebanon, Yemen, Pakistan, and probably even at the periphery of the south-east of Iran. According to him, they are also involved in the terrorist attacks in the North Caucasus and in Volgograd.

British newspaper The Christian Science Monitor wrote that the purpose of sponsorship was to reduce the political and military power of Iran that supported the Lebanese Shiite militant organization Hezbollah, a key ally of President Bashar al-Assad and Iran. It is this military force, not the army, that is the most powerful military force in the country, the newspaper concludes. A daily Lebanese newspaper Al-Akbar was much more categorical, stating that France and Saudi Arabia decided to explode the situation in Lebanon and destroy the remainder of its institutions and the constitution. The paper clarified that the Lebanese army in Lebanon was considered the basis of the national unity, and its support by Iran or Saudi Arabia could cause unrest among the population. Combat units of Hezbollah in Lebanon exist as a guard designed to repel Israel and guerrilla warfare and its management prefers not to interfere with the management of the Lebanese army, and vice versa. But even if the Lebanese army should be reformed with foreign aid, it should not be allowed to physically order Hezbollah to disarm. According to Arab analysts, such actions could trigger a civil war, especially in Sunni areas in Tripoli and Sidon, where Islamist rhetoric is on the rise, and attacks on military are becoming commonplace. For the first time Al-Qaeda is gaining support among Lebanese Sunnis in these cities, warned Al-Akbar.

This is why the words of the king of Saudi Arabia that his assistance was aimed at improving Lebanon's security sound like a mockery. Cunningham wrote that this model of inciting sectarian violence between Sunnis, Shiites and Christians was one of the main methods of Saudi Arabia, Israel and Western intelligence agencies to destabilize Syria and Iraq in the past three years. Hypocrisy of the Saudis has no limits. Last August the main sponsor of terrorism donated $100 million to anti-terrorist centers of the United Nations.

Cunningham added that the bloodshed that flooded Syria and Iraq will happen in Lebanon, Yemen and Russia increasingly more often.

France plays its customary hawk role in the Middle East. Hollande has likely secured the condition of Lebanon buying weapons from France for the real international support of the Wahhabi state. Perhaps, he hoped that France would not be affected by explosions and murder. But international terrorism is a boomerang that will certainly come back to the one who threw it. Former head of the General Directorate of External Security of France told the Voice of Russia that approximately five million Muslims resided in France, and some of them were radicals. It is important to ensure that Islamic propagandists who act in France funded by Qatar and Saudi Arabia do not have influence on these young people. However, based on the statements of the French Minister of Internal Affairs, they do have such influence, and the fifth column, judging by the unrests in Paris suburbs in 2005, 2007 and 2013. is ready for action.