Afghanistan, the graveyard of imperial ambition

According to the statements of the United States, the U.S. military is to completely leave Afghanistan in 2014. It took NATO 13 years to realize that they were strangers in Afghanistan. It seems that this country is impossible to conquer and draw into someone's orbit. The proud and freedom-loving people of Afghanistan do not want to accept foreign values. What will happen to Afghanistan after 2014? 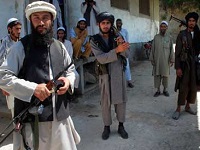 No one has been able to conquer the Afghan people. They did not tolerate the British colonialists in the 19th century; and the Soviet Union had spent nearly ten years at war in this country and was forced to leave. The puppet government of Hamid Karzai did not receive mass support. Despite the billions of dollars in aid from the West, the poverty in the country could not be overcome, and it was impossible to suppress the armed resistance of the Taliban.

The Americans finally realized that it made no sense to further continue the military campaign and decided to withdraw its troops from the country in 2014. The "Taliban" that controls nearly 70 percent of Afghanistan today is winning the war with the forces of NATO and the United States.

Now experts are concerned with one question - what is next?

The operation of the American troops in Afghanistan as a whole can be considered a failure. But it is important to take into account some of the details associated primarily with the American politics. Before his first presidential term, Obama's foreign policy was based on the criticism of Bush's actions in Iraq. He rightly argued that it was a big mistake to transfer the main theater of war from Afghanistan to Iraq, as it led to the pointless waste of the American power and the disintegration of the coalition. In addition, the Taliban, stunned with the pressure of the international coalition, very quickly came to their senses.

Once president, Obama focused entirely on Afghanistan. By the new election he had to demonstrate that there was some progress. However, the only success was the elimination of Osama bin Laden, which has not radically changed the situation in Afghanistan. This is why the promise of the troops withdrawal in 2014 became a pre-election slogan of Obama's second term.

Obama made a bet on Afghanistan because he cannot allow a crashing defeat. However, the President's desires disagree with the Afghan realities. Many experts have compared Afghanistan to Vietnam.

Obama needs to leave a certain number of troops in Afghanistan that could somehow control the situation, and give the Afghans time to peacefully settle the conflict. This is what Obama is doing now. He has to make this strategic choice, otherwise his name will be forever linked with the global political disaster, similar to the way Bush's name is linked to the war in Iraq, and Lyndon Johnson - Vietnam.

Many experts now agree that after the withdrawal of the main body of the American troops, the conflict in Afghanistan will only exacerbate. The hopes that the situation will somehow settle down on its own are rather doubtful, and the planned elections are unlikely to produce a non-extremist and effective government in some magical way. Many experts already expect a new round of conflict, although it is difficult to predict the level of its intensity at this time.

Security in Afghanistan will come under the control of the army. However, the combat capacity of the Afghan army is very low, and its morale leaves much to be desired. Recently, General Zahir Azimi, a spokesman for the Ministry of Defense of Afghanistan, officially announced that the number of casualties among the military has "dramatically increased" after the beginning of the withdrawal of the main forces. In addition, the corrupt Karzai regime has weakened the military base that previously opposed the Taliban as the Northern Alliance composed of ethnic minorities (Uzbeks, Tajiks, etc.). As a result, the Taliban and other extremist groups have returned to the north of Afghanistan.

In the course of a research project conducted by MGIMO in cooperation with the Analytical Association of Collective Security Treaty Organization and the Institute of International Studies, four scenarios of future development were considered. They include a successful international cooperation, the decline, the growth of the "new Great Game" and the Central Asian explosion. Only the first of these four scenarios provides for some improvement thanks to the combined efforts of the international community. The others suggest that the situation will worsen due to various factors, including a combination of threats from Afghanistan, the problems of the Central Asian countries, and international rivalry between the U.S. and Russia and China, Pakistan and India.

The latter expressed its readiness to provide assistance to the Islamic republic after the withdrawal of NATO troops, as stated by President Pranab Mukherjee. According to the politician, India believes that Afghanistan must belong to its people. He also noted that Afghanistan has the potential to become a center of regional trade and transportation center. However, this is highly questionable.

Some experts believe that Russia should prepare for a second Afghan campaign. Having seized the power in Afghanistan, the Taliban may flow to the post-Soviet space. The Russian Federation, as a leader in the CSTO military alliance, may again become a country at war. This situation causes serious concerns to the Russian military and politicians. The future of Afghanistan, as well as the future of neighboring countries, is now actively discussed at various meetings between the representatives of the republics of Central Asia and Russia.

The Russian leadership does not rule out serious political and military conflicts in Afghanistan after the withdrawal of NATO troops. It was decided to build a powerful air group near the borders of this troubled country. This group will be a coalition, General Nikolai Bordyuzha, CSTO Secretary General, stated.  According to Bordyuzha, Su-25 and Su-27 fighters will be based at the Russian air base Kant in Kyrgyzstan.

Some experts predict that right after the American withdrawal from Afghanistan the pressure of the Islamist gangs on Hamid Karzai will greatly increase. To avoid being hung in public, Karzai, abandoned by the West, may seek help from Russia. Here is where Nikolai Bordyuzha's fighters and attack aircraft will come handy. But this would mean drawing Russia into a second Afghanistan war.

The recent events suggest strengthening of radicalism in Central Asia. Various Islamist groups in Kyrgyzstan, Uzbekistan, and Tajikistan emerge like mushrooms after a rain. Some of them even participated in a number of conflicts, particularly in Syria and Afghanistan. Even in Kazakhstan that has always been a secular state, over ten terrorist attacks took place in the last two years.

Alexander Khramchikhin, head of the analytical department of the Institute of Military and Political Analysis, does not rule out that after the withdrawal of NATO troops Russia will have to fight in Afghanistan. In fact, not only in Afghanistan, but also in Central Asia, fighting the Taliban and various groups of Islamist militants. According to him, this might have been the main goal of the U.S. policy in Afghanistan - to draw Russia into years of war and create havoc.

Islamist extremism is spreading very fast. The social and economic situation in Central Asia is terrible, which contributes to the radicalization of the population. This is precisely why Afghanistan should not be abandoned. The country is mired in complete poverty and corruption.

To avoid a war, Afghanistan should be involved in the SCO (Shanghai Cooperation Organization). The country needs to be brought to an adequate level of development using combined efforts. The level of education and culture of the population should be raised, and infrastructure should be developed. When people see prosperity in their families, they will not have to take up arms.