The Islamic Republic of Iran considers "significant" the role of the Islamic Resistance Movement and the Lebanese political party Hezbollah, to safeguard stability in the Middle East, according to the chairman of the National Security and Foreign Policy of the Iranian Parliament (Mayles) Alaedin Boruyerdi, in remarks published last Sunday by HispanTV.

"Hezbollah is one of the most important factors in maintaining lasting peace and security in the region," said Boruyerdi.

The President of the Commission also referred "in view of the strategic geographical position of Lebanon's enemies seeking to change the security in this country, and that is why Iran always emphasizes the need for the Lebanese to maintain unity." 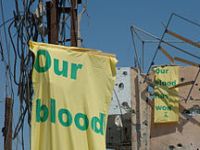 Boruyerdi made these remarks during a meeting with the Lebanese ambassador in Iran, Fadi Hay Ali, when he advocated an expansion of bilateral relations between the governments in Tehran and Beirut, in different areas.

"The Mayles supports any initiative to strengthen the friendly connections with Lebanon in the political, economic and cultural areas," Boruyerdi specified.

In reference to the armed conflict in Syria, said that "the events in this country have made it clear that the world powers cannot use war and massacre to win the willingness of other nations." An example of the importance of the action of the resistance movement happened last week, when a detachment of Hezbollah in northern Lebanon detected and prevented the invasion of an Israeli commando, from the Palestinian territory.

According to the portal Al-Akhbar, the Israeli unit followed a path between the larger stations of Israel in the west, near the Lebanese village Alma al-Shaab, even passing through the region of the observation mission, or the UN Interim Force in Lebanon (UNIFIL).

According to Al-Akhbar, "not surprisingly," UNIFIL, which has a mandate to ensure the evacuation of Israeli forces Lebanese territories since 1978, did not investigate what was more a military invasion. According to an officer in the mission, quoted by the portal, his soldiers quickly contacted the Israelis, but they said nothing significant happened.