Syria: Not even a glimpse of peace

The humanitarian situation in Syria is deteriorating on the backdrop of continuing confrontation between supporters and opponents of Bashar al-Assad's regime. The civil war in the country has been ongoing for over two years. It is premature to talk about a possible change in the course of the war in one way or another. In addition, it is now clear that the Syrian army is bogged down in the battle for Homs. 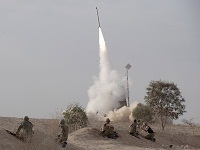 When government troops launched an offensive on Aleppo and Hezbollah openly entered the war, it seemed that loyalists were starting to win. However, it should be remembered that some of the rebel groups in Syria have tens of thousands of people. Every day the media has new information on radical Islamists, in particular, from Jordan, who are fighting on the side of the rebels. For them, this is not just a war, but a jihad against the regime of Bashar al-Assad.

International mediators have failed to agree on holding "Geneva-2" conference on Syria in the next few months. It is expected that the meeting will take place in September at the earliest. Against the background of the failure of peace initiatives by Russia and the United States, intense combat action between loyalists and rebels continues. A week ago, government forces launched an offensive on Homs - the third largest city in the country with a population of approximately 800,000 people. The National Coalition called on the international community to take immediate action to save the civilian population of the city of Homs. Residents are experiencing shortages of food and medical supplies.

Meanwhile, official sources reported significant successes of the government forces. Any talks about taking full control of Homs are premature. In some areas, battles are fought literally for every house. According to the British newspaper Times, the armed opposition will leave Homs in a few days. Opposition sources informed Western diplomats about their decision to surrender the third largest city in Syria.

The fall of Homs will mean an important strategic and propaganda victory of Assad, the newspaper reported. The government forces will be able to strengthen their position on the route linking Damascus to the Mediterranean coast. The situation in the economic capital of Syria Aleppo remains difficult. According to local media reports, the rebels have impeded the delivery of food to stores. Outraged residents staged a demonstration that was broken up by armed men. In Aleppo, the rebels continued to use their favorite guerrilla tactics. They organize ambushes on the roads and make small raids, trying to catch the military off guard. The other day loyalists managed to repel the attack of militants of the terrorist group Jabhat Al-Nusra and inflict considerable damage.

Meanwhile, the opposition has declared its readiness for a truce during the holy month of Ramadan. This was particularly stated by the new opposition leader Ahmad Jarboe. Recently a call for a cease-fire was made by UN Secretary General Ban Ki-moon. Most experts do not believe in the implementation of this peace initiative. "There is a possibility of a truce, but, as the universal practice shows, for the Islamists who make up the majority and the most active part of the Syrian opposition, there is no particular difference whether there is Ramadan or not. I think it is wrong to assume that peace will be established at least for the duration of the holy month," an expert of the Institute of Strategic Studies and Analysis Sergey Demidenko said in an interview with Pravda.Ru. It appears that the parties indeed failed to come to an agreement on ceasefire as the fighting continued on July 13th and 14th. The army took back Al Qaboun, one of the districts of Damascus, from the rebels. On Friday, at least 15 people were killed during the shelling of the capital.

Against the backdrop of the success of the government forces Western countries and their allies in the Middle East are increasing efforts to provide assistance to the rebels. Recently, the Syrian rebels were joined by another group of Islamists from neighboring Jordan. According to Arab newspapers, the total number of militants from this country amounted to over 500 people. Initially, the idea was to balance the power of the parties before the start of the peace consultations on Syria to be held in Geneva.

According to head of the National Coalition Ahmad Jarboe, arms supply to the opposition should be regarded as a condition of its participation in the upcoming peace conference. TV channel Russia Today quoted a statement of Ahmad Jarboe who said that under such circumstances the conference in Geneva was not possible. He added that if they were going to Geneva, they had to be strong on the ground. However, any support from outside may lead to a further lengthening of the Civil War. Today, the most active help to the armed Syrian opposition comes from Saudi Arabia, Qatar and Jordan. The United States and the European Union are still undecided whether it is advisable to supply heavy weapons to the rebels. The actions of radical Islamists in Syria cause increasingly greater concerns among Western politicians and diplomats.

Not that long ago the U.S. Congress partially blocked the decision of President Barack Obama on military assistance to the Syrian rebels, fearing that supplied weapons could fall into the hands of terrorists. In June, some members of Congress spoke at the press conference with a statement about the need to ban the White House from sending weapons to Syria without a corresponding resolution.