Puerto Rico wants to be US colony?

The Puerto Ricans voted to change the status of their country, which implies almost colonial dependence on the United States. However, they seriously doubt in the country that the wish expressed in the referendum to become the 51st state of America reflects the true intentions of the population. The U.S. has caused too much trouble to Puerto Rico over the years of coexistence. 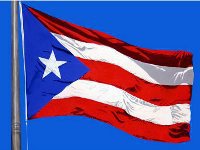 The freely associated Caribbean island state of Puerto Rico has its constitution and its own system of government, but supreme power is vested in the U.S. Congress. November 6th saw general elections and referendum in the country. The referendum consisted of two questions. The first one was formulated as follows. Would you like to change the 114-year relationship of Puerto Rico with the United States? The second question gave three alternatives: to become a U.S. state, gain independence or extend autonomy to the "sovereign free association" (Estado Livre Associado Soberano).

According to Prensa Latina, as for the first question, 54 percent were in favor of changing the status of the country. As for the second one, 61 percent of residents voted for incorporation in the United States. Thirty-three percent believed  that the country should extend the association with the U.S., and only five percent wanted to live in an independent country.

However, almost half a million voters left the second part of their ballot papers blank. The Popular Democratic Party won the parliamentary elections. The party is chaired by would-be governor Alejandro Garcia Padilla, who called to vote for the status of a free sovereign association.

"The proponents of joining the U.S. have won an unprecedented victory, but this is an artificial victory," said Angel Rivera Ortiz, a political science professor at the University of Puerto Rico. "The voters are divided and confused, they do not know where they are being taken," he said.

What does the word "sovereign" bring in the status of Puerto Rico? This is primarily an opportunity to make decisions on such issues as, for example, the abolition of the Jones Act from 1920. Under this law, Puerto Ricans should use only the U.S. merchant fleet for transporting goods. This is an important issue because Puerto Rico is an island nation, and the U.S. merchant fleet is one of the most expensive ones in the world. Should the law be lifted, import prices will fall by 40 percent, export costs will drop by $150 million, which will lead to lower prices on exported products and make them more competitive.

However, local analysts believe, the above-mentioned benefits had not been explained to the population, so the result of the referendum may not be representative, nor can it serve as a basis for considering the accession of Puerto Rico to the United States.

But even if we assume that Obama supports, as he promised, "the will of the Puerto Rican people," it is unlikely that the US Congress makes a positive decision on the issue. According to official data, in 2008-2009, Puerto Rico bought goods from the U.S. worth $22.6 billion with the use of the U.S. merchant fleet, for which the country paid $1.5 billion. U.S. companies have taken about 34 billion dollars in profits from the country. Assignments from the federal budget for social services and insurance made up about $13.5 billion. To put it in a nutshell, the USA spent $13.5 billion from $58.1 billion of received profit. This is very good business, and there is no point to change anything here.

In addition, the status of a "semi-state" allows the U.S. to do in Puerto Rico the things that would be considered criminal in the United States. For example, one of the three main islands of the country - Vieques - was used by the U.S. Navy from 1941 till 2003, to test different types of arms and dump industrial waste.

Professor Jose Barbosa, the director of the department of geography at the University of Puerto Rico in Rio Piedras, said that the eastern end of the island is the area, on which the number of craters per square kilometer is larger than that on the Moon. The contamination of soil and water with heavy metals has led to the increase of the cancer rate in Vieques - it is 27 percent higher than on the mainland. During the 1950s and 1970s, the US conducted experiments to irradiate prisoners. In 1931, under the aegis of the Rockefeller Institute, there was another type of experiments conducted to infect prisoners with cancer, and then in the early 1950s, US specialists tested first birth control pill on women.

The American integration has completely destroyed the agriculture of Puerto Rico. Today it is one of the poorest countries in the Americas, with the worst unemployment rate on the continent - more than 16 percent. The Puerto Ricans do not have equal rights with the Americans on social security and benefits for veterans, although they are U.S. citizens. They are not eligible to vote in federal elections. Nevertheless, the policy of independence is unpopular. It has been eliminated through the years with the endorsement of the English language, American mass culture and economic dependence.

16:24
Relations between Russia and Japan tumble down to zero
16:02
Expert explains why Russia withdraws troops from Snake Island
15:58
DPR may not execute British mercenaries
15:55
ASOS in its latest update mocks Russians because of the sanctions
15:23
Finnish FM: Trust between Moscow and the EU will be restored
14:40
Inflation in Italy reached its highest level in 36 years in June
13:35
Spiegel: Germany demands Lithuania to lift the ban on transit to Kaliningrad
12:29
Henry Kissinger: There are three possible outcomes of the Ukraine crisis
11:53
Putin's decree causes securities of Japanese companies to fall
11:28
Russia lifts all coronavirus restrictions as COVID-19 incidence falls 64 times
World
Putin answers to Ukrainian's HIMARS with Sarmat and S-500