A NATO base may appear in Moldova, near the border of the breakaway Transdniestrian Republic. Officials representing the Transdniestrian authorities say that the information is true. Their counterparts in Moldova do not deny the news either. Russia stated clearly that it would recognize Transdniestria, if Moldova decided to unite with Romania. Is the conflict about to unfreeze? 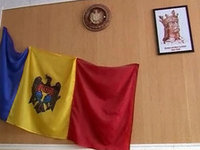 The situation around the Transdniestrian republic has begun to aggravate again. The story started when Russian Foreign Ministry Ambassador Sergey Gubarev paid a visit to the territory.

"In the event Moldova loses sovereignty or neutrality, the Russian Federation will revisit the issue of Transdniestria's implementation of self-determination," said Gubarev.

"The purpose of the negotiations is to build further co-existence of Tiraspol and Chisinau. In what form and on which model - it's up to Tiraspol and Chisinau to decide. The key to the Transdniestrian problem is not in Moscow, Kiev, Vienna, Brussels, or Washington. The key to solving the Transdniestrian problem is in Chisinau and Tiraspol," the diplomat said.

Actually, Gubarev said nothing new. When there is a small and neutral Moldova that has presumably Russian-speaking population - this is one situation. The state of affairs gets completely different when Moldavia unites with the EU and NATO member - Romania. Transdniestria, in contrast to Bessarabia and Chisinau has never been a part of it. This is a completely different country that appears alien to most Transdniestrians.

Needless to say that the entry of a CIS member into NATO can not but raise concerns with Russia. NATO continues its expansion to the east and is not going to stop. Moldova's Foreign Minister made it clear that the Chisinau authorities do not like the presence of Russian peacekeepers in Transdniestria. Earlier, the Moldovan administration has repeatedly stated that it would like to replace the Russian peacemakers with NATO forces.

Afterwards, the head of the KGB of Transdniestria, Vladislav Finagin, stated that Moldova was actively working on the advent of NATO troops in the country. According to him, a NATO base may appear on the military training ground near the village of Bulboaca, located between Chisinau and Tiraspol. The official announcement about it is to be made shortly, the official added.

Finagin also said that in the near future Moldovan laws would be amended to invite NATO. "According to our information, the ruling alliance in Moldova is trying to introduce changes in the Constitution, which allows to deploy foreign bases in the republic. The range ground in Bulboaca is being equipped appropriately, the area is being prepared for a NATO base," the chairman of the KGB said in an interview with the Nezavisimaya Gazeta newspaper.

"During the last six months, Chisinau has been strengthening the military constituent with the help of the United States and Romania. Specialists of these countries prepare special units of the Interior Ministry and Information and Security Service of Moldova", said Finagin. Curiously, no refutation of these words were heard from Chisinau.

What is happening in the region is very disturbing. If you remember what Georgian President Mikhail Saakashvili (and partly also Eduard Shevardnadze) was doing before the war in South Ossetia, the similarity is obvious. Just like the current authorities of Moldova, he sought to replace Russian peacekeepers with those of NATO. He also gave a green light to the advent of NATO forces. As a result, Saakashvili attacked South Ossetia.

According to the Constitution, Moldova is a neutral state. However, the Prime Minister of Moldova Vladimir Filat has repeatedly made it clear that it would be nice to make the country a member of NATO. There are Moldovan politicians who want to unite with Romania. In this case, Moldova's entry to NATO will happen post factum, because Romania has been a NATO member for the past eight years.

At the same time, the Moldovan leadership is not ready to make any concessions to Transdniestria. Moldova wants to see its country as a unitary one, with the only official language - Romanian. This state of affairs is absolutely unacceptable for the Russian-speaking Transdniestria. Tiraspol seems to be willing to discuss the question about the federal state of Moldova to talk, but simply a return to Moldova is out of the question.

If Moldova takes over the 22-million-strong Romania, then the Russian-speaking population of Transdniestria will constitute a very small percentage of its population. The authorities in Bucharest will be free to "Romanize" them. Naturally, Russia can not tolerate such a development of events. Leaving hundreds of thousands of Russian people to the mercy of fate and getting a NATO base in the CIS - this is too much.

Moldova may have a very strong desire to obtain Transdniestria, enter NATO and unite with Romania, but they can not do it all at once. The only way to achieve this is a war. However, there are hundreds of thousands of Russian citizens living in Transdniestria, and our country will stand up for them.

Should the conflict continue to aggravate, Moldova will suffer most from it. The country is poor already, and a war can only take it down to the level of Sierra Leone or the Democratic Republic of Congo.