U.S. attempts to exploit the tension between Turkey and Syria

The advisor of the Supreme Leader of the Islamic Revolution of Iran for International Affairs, Ali Akbar, has urged the authorities in Damascus and Ankara to remain aware of U.S.conspiracies against them, urging both sides to prevent the U.S. from taking advantage of the recent border tensions between Turkey and Syria. 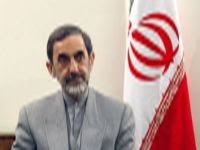 Velayati urged both sides to prevent the U.S. from taking advantage of the recent border tensions between Turkey and Syria in order to interfere in the internal affairs of both countries.

In an allusion to the west, especially the United States, he said they are making use of the border crisis by going through Syria and Turkey.  Velayati has emphasized that western countries will try to exploit any tension that takes place in the Middle East to interfere in regional affairs.

Similarly, he argued that the Islamic Republic of Iran has always been in favor of peace and harmony among the countries of the region and deeply regrets what happened between Turkey and Syria.

Stressing that Iran has led efforts to resolve the conflict and establish peace on the Turkish-Syrian border, the Persian official added that "the last visit of the Iranian First Vice President Mohammad Reza Rahimi, to Turkey also was conducted in accordance within this framework."

According Velayati, continuing tensions and clashes between the two countries not only do not favor either side, but affects the interests of the region in the worst way. "This kind of controversy dramatically damaged the prevailing unity and friendship among Islamic countries," he added.

He also invited the Turkish and Syrian authorities to be prudent and resolve the issue through dialogue.

The tension between Ankara and Damascus worsened on Thursday after Turkey bombed targets inside Syria, after mortar shells fell from the Syrian side of the border town Akçakale, in the southeastern province of Sanliurfa, although the Damascus government offered condolences to the Turkish people.