On Thursday, the Iranian Minister of Defense and his Iraqi counterparts, Brigadier General Ahmad Vahidi and Saadoun al-Dulaimi, respectively, signed a document of bilateral cooperation in the defense field. According to the paper, the execution of these agreements will deepen even further the relations of the two countries. 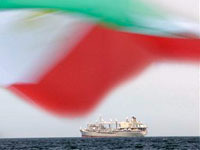 According to the paper, based on previous letters of understanding signed between Tehran and Baghdad, the execution of these agreements will deepen even further the relations of the two countries in other fields, and will contribute to regional peace and stability. Also, during the meeting, the two sides exchanged views on relevant issues in the region.

During his official visit to Baghdad, Brigadier General Vahidi met with senior officials of the country, including President Jalal Talabani.

Also on Thursday, the Iraqi president, noting the importance of the Persian minister's trip to Iraq, described as solid and secure the relationships that support the governments in Tehran and Baghdad.

It is worth mentioning that this is the first trip by a Persian defense minister to the Mesopotamian country after the victory of the Islamic Revolution of Iran in 1979.

Translated from Spanish by: