Human Rights Watch finds Gaddafi's archives. Is it a joke?

A well-known human rights organization Human Rights Watch found secret archives of Muammar Gaddafi. It turned out that before 2008, the CIA, MI-5 and MI-6 helped the colonel in catching enemies, locking them in jail and torturing them before transferring them to Tripoli. Is it a scandal? A sensation? A dirty story? And where are these "martyrs" now? 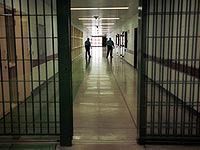 For the past year and a half the world has been watching the "Libyan TV series" - at first daily, breathless, and since the fall of last year, after the tragic death of the main character - more on a case by case basis.

Today's news causes skepticism. A prominent human rights organization Human Rights Watch has found lying around secret archives of Muammar Gaddafi. Strangely enough, until now no one stuck their nose into the folders with the enticing headlines, but every secret sooner or later becomes public.

It was found that from 2003 to 2011, American and British intelligence agencies in the most amiable for the Colonel way hunted, caught and tortured his enemies, and then transferred them to Tripoli. Gaddafi was aided by the CIA, MI5 and MI6. Roughly speaking, it appeared that the most democratic regimes mentally helped tyrannical regime in Libya in the most agonizing ways.

In the folders the evidence of the prisoners was found - they told how they were tortured in various ways - including with the use of waterboarding.

"The United States brought Gaddafi his enemies on a silver platter, and the CIA, apparently, tortured many of them. It seems that the scale of violation by the George W. Bush administration is far more extensive than previously recognized. This underlines the need for a full investigation," said in a statement the expert on terrorism and the author of the report Laura Pitter.

If we consider the sudden reveal of the facts in terms of "Gaddafi is a vicious tyrant, and the U.S. and England are sacred democratic elves," then, of course, an explosion of the stereotype is guaranteed. If we get back to earth, where the world is ruled by a mutual benefit, nothing bad has happened. For example, the CIA explained that the work for Gaddafi was nothing special: everyone does it, there is nothing to be terrified about.

"It is no secret that the Central Intelligence Agency works with the foreign governments to protect our country from terrorism and other deadly threats. This is what we have to do," said CIA spokesman Jennifer Youngblood. The context is worth reconsidering. For example, in 2004, the U.S. government persuaded Gaddafi to abandon programs to build weapons of mass destruction (WMD) and to help stop terrorists who have taken aim at the Americans."

Before the last year, Muammar Gaddafi was an acceptable world leader. He was awkward, eccentric, too "unnatural" - but still quite acceptable. You could sign an oil deal with him and discuss the fight against terrorism. You could hug him at international summits and kiss his hand. You could even help him fight the enemies. It should be stressed that Gaddafi's enemies were the world-class enemies - terrorists, bandits and al-Qaida of the Libyan origin. Gaddafi became a bloody tyrant and a man-eater in February of 2011 at a rate any werewolf would envy.

What kind of "torture evidence" the human rights activists are talking about? For example, these:

"In the first three months I was interrogated, and every day different types of torture were applied. Sometimes they used water," said a man named Khalid al-Sharif, held in prison by the CIA in Afghanistan for two years, before he was handed off to Gaddafi.

The CIA in Afghanistan fought primarily not with the personal enemies of Libya, but the terrorists of al-Qaeda, from which the glorious past of Khalid al-Sharif it can be concluded. But because he was a Libyan, he was transferred to his homeland, where the Al-Qaeda was fiercely disliked under Gaddafi. It is unclear when he came out of the Libyan prison - he could have fallen under a frequent amnesty or could have freed himself during last year's revolution.

Do you know what this glorious fighter does now? He is head of Libya's National Guard, one of the prominent leaders of the country. It is possible that sooner or later he would shake hands with someone from the CIA.

No less exciting was the career of another "martyr" - Abdel Hakim Belhadj, a prominent figure in the "Arab Spring." The first part of his career is a carbon copy of that of al-Sharif: he had a considerable experience in Al-Qaeda, was captured by the CIA, and deported to Libya. There Belhadj and his close associates were amnestied - Muammar Gaddafi released them in exchange for their word to "never, ever engage in terrorism."

For the sake of freedom Belhadj was ready to swear on anything - his life, his mother and God. Yet, once outside the prison, he was not in a hurry to keep his promise. In February of 2011 the Libya's bloody mess has ensured. Not to go into many details, now Belhadj is a military commander of Tripoli, recognized by the entire civilized world.

Here is recipe for a career. You have to be a gangster from Al-Qaeda, be caught by the CIA, undergo some nasty water treatments (another ex-prisoner claims that he was tortured by simulated drowning much longer than 40 seconds at a time) and successfully return home. Successfully - in order to have time to take advantage of the amnesty from the hands of the murderous dictator, and out of gratitude participate in the operation to overthrow him.

All this painfully suggests that those who are subjected to waterboarding get enlightened, agree to work for the right people, and from terrorists transform into special individuals quite worthy of leading the country. So, the dirty game against Gaddafi started back then, when the former al-Qaida terrorists who fiercely hated the Colonel but were ready to play by the rules of the West were sent to Libya. The question of their release was only a matter of time .

The Human Rights Watch has wrong priorities. They ought to scream about the "turncoats", who in a few weeks turned from terrorists to revolutionary heroes, and from CIA prisons soaring into government seats with full support of the amnesiac West lacking brains. Instead, the human rights activists attacked a normal international practice of mutual aid in the fight against terrorism. They resemble doctors who are afraid to treat gangrene and focus their attention on the patient's cold.