The United States Agency for Cooperation (USAID) engages the Latin American region in the business of subversion against the progressive governments, Eva Golinger said.  She is a Venezuelan writer, journalist and actress.

Before a large youth audience in the auditorium of the International Centre for Advanced Studies in Communication for Latin America (CIESPAL) Golinger stated that non-governmental organizations (NGOs), under funding from USAID, help maintain permanent conflicts to destabilize countries.

She exposed that a large part of the money earmarked for the different political projects goes into the pockets of people working in these NGOs, those that live on this practice while subverting order in those countries where USAID is present.

She cited the example of Bolivia and Venezuela, where significant disbursements have been made in order to depose their presidents, Evo Morales and Hugo Chavez, and they have even participated in coup conspiracies in the case of Ecuador, on September 30, 2010.

"But now things start to change when there is a government that is not subject to this agenda and interests," she said.

Golinger, author of research and writings on the subject, stated that USAID is a financial arm of the U.S. Department of State, which operates under the pretext of helping countries build their "democracies."

She pointed out that this agency has been included in the so-called axis of counterinsurgency by the Pentagon and State Department, because it plays a key role in the strategies of aggression by the U.S. government.

She stated that the media have been implicated in the imperial spider web to promote their own agenda against governments that are not subordinate to them, and so to justify and execute their invasions in order to satisfy their interests.

In these tactics, she said, the vast majority of media is in the hands of private companies and multinationals that have converted to communication, in addition to a business in a way to promote a political and economic agenda, covering themselves behind the rights of freedom of expression .

However, when the depth is considered, their owners have connections with dark groups, while their bodies are used for recycling and repetition of descriptions and criticisms, to justify an aggression when it is decided that a government does not suit the U.S. "This is a well-coordinated strategy from the agencies of the great imperial spider web which is then projected in the media," she asserted.

She said that in recent years, there has been an increase in U.S. military presence in the region, although here there is no conflict or war, or threat to the security of this country.

This, she said, is due to claims of maintaining a sense of fear in a region that so poses a threat to the empire because it has the resources it needs for the survival of this consumer society.

The Golinger dissertation in Quito takes place at a time when the Government of Ecuador examines the continuity of  the cooperation of USAID.

President Rafael Correa recently admitted that this Agency applies the same here using its revenue to finance the opposition against the progressive governments of the region. 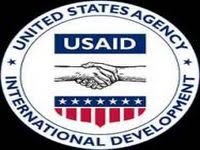