Obama celebrates a new military agreement with Israel: The second step of imperialist escalation against Syria and Iran


This Friday (27 / 06) was marked by another act of war hawk President Barack Obama to pass a bill in the Yankee Congress, which further strengthens the war-military links between the Yankee Empire and the genocidal policemen of Israel . It is intended to take a step forward strategically in the imperialist escalating agenda against Syria and Iran in the "external" plan and to "calm" Zionist voters, unhappy with Obama, who represents the imperialist financial bourgeoisie.

Parallel to this institutional initiative of the government, Hillary Clinton (president of the  of "very" friends of Syria club) got the emergency release of 50 million dollars for the FSA offensive on the city of Aleppo. These scum "insurgents," maintained directly by imperialism are curiously regarded by some demented bastards of Trotskyism as  "nationalist forces."

Obama signed this bill not as a bolt from the blue skies, but as an immediate response from the Pentagon to the threats of the Iranian government to close the passage of the Strait of Hormuz, a Naval passage through which large quantities of oil (40% of the world shipping traffic of oil ) from the oil producing Arab countries of the region and also due to the announcement that Syria, as a legitimate method of defense, would use chemical weapons against the invading troops of the gendarme of Israel.

The Strait of Hormuz has seen many years and many crises between the U.S. and Iran, as in 1988 when the U.S. Navy shot down an Iranian airliner, and in 2007 an American ship invaded Iranian waters and their sailors were arrested. To navigate the Strait, everyone, including the U.S. Navy, are required to pass through Iranian territorial waters, which gives us the dimension of its great strategic importance in the military sense.

While approving a package of "additional aid" to the Nazi-Zionist state of Israel, of almost a billion dollars, the White House wants to tune its drums of war in the Middle East, strengthening its outpost in the region, which, after the presidential elections, it will use to start military action against the Syrians and the country of ayatollahs as a second step of its predatory war of robbery against countries deemed non-aligned with the "American way life."

Cynically, Obama claims to have made this agreement in the name of "security" in the region: "I made it a priority in my administration to deepen cooperation with Israel through a whole spectrum of security issues," that is to say, the capitalists "are looking" to maintain the safety of petrodollars, the political and economic interests of the empire, the absolute military dominance of the Persian Gulf and its geopolitical environment.

Thus, the Zionist enclave must have a "modest" aid of $111 million provided to protect against a possible Iranian attack, beyond the $680 million for a very sophisticated anti-missile system and the development of twenty superbombas called "bunker busters," each weighing 14 tonnes, with an ability to penetrate 70 meters into the earth to destroy Iran's underground nuclear facilities

Revolutionary Marxists have a clear field of action before this criminal war operation is carried out by the imperialist monster and their puppets. Diametrically opposite of what the revisionist scoundrels of Trotskyism (LIT, PTS, etc.), who stand beside the "Arab revolution" (made by CIA) to support the insurgency fueled by NATO, which virtually destroyed the entire national infrastructure of Libya, and also intends to conduct the scorched-earth policy on Syria and Iran. Never has the need for the destruction of the Nazi terrorist enclave of Israel been more of a necessity as an inherent part of the defeat of the marauding, plundering forces of NATO. 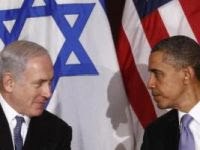