Syrian security forces clashed Saturday with armed opposition groups in Damascus, the Syrian capital, and other parts of the country and killed Wallis Ahmad al-Ayesh, author of the recent car bomb attacks in Damascus.

Al-Ayesh, nicknamed Yasser, supervised all the car bombs that left a trail of blood in Damascus.

The first car bomb attack occurred last December at two security centers in Damascus, leaving many civilians and security members killed.  The last one took place last Thursday, in the south of the Syrian capital, and caused at least 14 injured and enormous damage to the mausoleum of Hazrat Zainab, granddaughter of the Prophet Muhammad (P) in Damascus.

As a result of these clashes in different parts of the Arab country, Syrian security agents in the early hours of Saturday prevented an armed terrorist group from trying to penetrate through the border from Lebanon into Syrian territory.

In this operation, six terrorists were killed and four wounded.

In another clash, recorded in the Daraa region in southern Syria, two terrorists were killed and three people were injured, while Syrian forces seized a quantity of arms, ammunition and several homemade bombs.

In recent months, the U.S. and Israeli regimes have sent more weapons to terrorists by neighboring countries, particularly Lebanon and Turkey, in order to cause unrest in Syria.

From March 2011, Syria has gone through a bloody conflict that, according to Damascus, is the result of armed groups financed by the U.S. and its allies.

Moreover, the West accuses the government of Syrian President Bashar al-Assad of killing his own people and seeks to push through various measures, including economic sanctions on the Syrian president to give up power.

Gas masks and chemicals made in Turkey, were found in Latakia.

It would appear that a scenario is being set up for terrorists to use chemical weapons in Syria -- then they will blame the Assad government.  Very suspicious, especially since the EU banned gas mask exports to Syria, which indicates they and perhaps other outside elements are involved.

According to Christoph Horstel, Portuguese paratroopers were captured in Syria.  He also reports that 40-60 Germans were captured along the Syrian coast when their vessel was trying to smuggle arms into the country.

The west refers to their terrorist proxies as "activists," more Orwellian doublespeak, similar to "humanitarian bombing" and "collateral damage."  Reportedly, 95% of the so called "activists" in Syria live outside Syria; hence, their reports and claims about the country should be taken for the total garbage that it is.

Also, don't look now, but the newest filth they are concocting is the Syrian Army using rape against their own people, which makes about as much sense as shooting off your own nose.  The details of the bogus reports will not be placed there, as they are so absurdly ridiculous.

Most should be familiar with the claims that the Libyan Army was filling up full of Viagra so that they could do the same, all proven to be total fabrication to create a sensation among certain population segments.


Translated from the Spanish version and appended by: 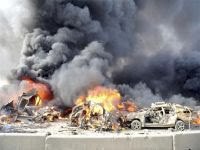