The battle of Syria and the media 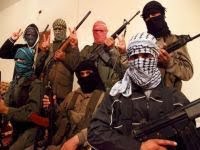 Very well. Both newspapers report a "massacre" in Syria. And in united formation, the media points to the "bloodthirsty genocidal President" (sic), Dr. Bashar Al Assad, a young ophthalmologist trained in England.

The only source for this, we know what it is. Such as the Syrian Observatory DH, based in London, that has one person working in Syria.  Its president is part of the obscure Syrian National Council, the opposition, and they get their financing from Saudi Arabia and Qatar.

The journalist responsible, a Reuters correspondent, at some point in his text confesses that "no information that has been released is likely to have its veracity confirmed due to the situation prevailing in the country."  He was honest, maybe at least with his conscience as a citizen wanting to tell things in a balanced way.

Good, but what went on the headline at the international level? "Assad's forces massacred at least 78 in Hama." How is it that the editor who made this headline is sure that President Assad ordered the killing of people, if the reporter actually in Syria does not have that certainty?

I never had doubts. The media has an owner, the press is a commodity and sells products in accordance with the interests of those who finance it, especially the classes that politically and ideologically dominate the decadent capitalist society. How is it possible to imagine that the press could be balanced? (neutral impossible).  It would never be.

Its headlines are militant, they have a commitment.  They must carry out the role of propaganda, but never of information. Disinformation is its great objective. To alienate, to manipulate, to handle, to fill heads, as they say. But never to inform.

I regret all this. For our consolation, a significant part of our revolutionary left is not fooled, nor deceived by it.  Historical Syrians, Syrian patriots  and their descendants in Brazil do not bend.

They know that such massacres have been committed by mercenaries and terrorists in the highest amounts bought and paid for by Saudi Arabia and Qatar with American and Israeli support, to overthrow the only - see, I'm saying the one and only last, since all others were removed - the only government that still resists the imperialist action in the Middle East, that supports the Palestinian cause and is anti-Zionist.

So, therefore, we never falter, we are never swayed.  We are with the people and government of Syria.

* Sociologist, writer, and contributor to the Arabist Red Portal.