NATO's "precision weaponry" is getting more accurate by the day. Eleven years after the Afghan campaign was launched to get...er....bin Laden, we have spectacular bugsplat attacks by drones against wedding parties. Bullseye! Today a child, tomorrow a terrorist, eh what? 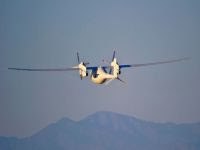 The cowards flying drones from thousands of miles away call a successful strike (a murder) "bugsplat" as if the victim were no more than an insect. Nobel Peace Prize Laureate Barack Obama has increased such strikes exponentially; to save the lives of the boys back home in the US of A. Suppose we hold these cowards and murderers accountable? Who are they? Where are they? Who was flying the drone that murdered kids?

Does the USA care? Hell no of course not, but if someone were to drum up a nice lawsuit, imagine the number of stuffed shirts who would appear...

And on the ground? Well, yet again after over a decade has gone by, yet another Afghan family has to put its hand on its heart and sing God Bless America. This time it is the village of Sajawand where grandfathers, grandmothers, fathers, mothers, uncles, aunts and cousins carry their children slaughtered by NATO cowards from 30,000 feet. What were these children doing? Today a child, tomorrow a terrorist...is that it?

Why did NATO strafe the Libyan water supply and electricity grid and murder the grandchildren of Colonel Gaddafi in their home?

Logar Province, Afghanistan. NATO terrorist strike. 18 people murdered... five women, seven children, six men...in a "pre-dawn strike" (terrorist attack under cover of night) against "militants". What is a militant? Is it an activist that buys American weapons, or a terrorist that does not buy American weapons?

NATO has been speaking about its precision weaponry for over a decade, claiming that civilian casualties are kept to a minimum. Ten years on, it seems civilian casualties are a constant factor in any equation involving NATO. The bottom line is that sooner or later, these crimes will be accountable, and those who committed them or sanctioned them will be held accountable.

You cannot go out into the street and commit a murder just because you have a machine gun and nobody else on the street has.

In 2011 420 Afghan civilians were murdered by NATO or support troops. Is that acceptable?