Terrorism made in USA 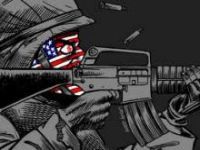 On May 7th, the Obama administration announced that the U.S. had managed to avoid a bomb attack on an airliner. The next day, Hillary Clinton accused "terrorists" of using "wicked and terrible methods" and trying to "kill innocent people."

But a few hours later, it was discovered that the "terrible" plan of slaughter of the innocents had come from the CIA itself and would be executed by its collaborators.

It is not the first time that Washington has triggered acts of terrorism whose authors and performers maintain links to U.S. intelligence services. Since President Jimmy Carter signed the July 3, 1979 policy of secret aid to Afghanistan mujahideens (Brezinski), the U.S. government and its allies began to work with Saudi terrorist groups, such as Bin Laden.

In the future, one of the greatest difficulties for historians in analyzing the events of the last four decades will be knowing the Washington establishment's contributions to the spread of the phenomenon of international terrorism. As we have seen once again in the terrible explosions of May 10 in Damascus, which killed dozens of Syrians, these acts of terrorism coincide with the interventionist strategy of imperialism in the region.

What is the role of members or collaborators infiltrated by the CIA and other allied secret intelligence services of western powers in these terrorist massacres ?  To what extent and which certain organizations are already under partial or total control of imperialism in order to intervene actively to whip up ethnic and religious conflicts between Shiites and Sunnis, with the aim of establishing chaos, dividing and conquering or weakening regimes and governments that do not surrender to Western interests?

Don't forget the recent FBI lie about an attempted bombing by the Iranian secret services against the ambassador of Saudi Arabia in Washington that led to sending notes from the State Department to embassies worldwide. The secret services and U.S. government work together to visibly deceive public opinion.

In the commission's final report on September 11, 2001, the terrorist component from the Balkans is spoken of only a few times in a total of 567 pages, despite having played an important role in the attacks in New York. According to the author of "Jihad reached Europe,"  Jürgen Elsässer, the reason is simple:  "the friends of Bin Laden in the Balkans were on the payroll of the CIA."

Certain terrorist forces and groups are passed off as allies to enemies of the USA and NATO, and vice-versa.  The killing of Bin Laden, among other elements, was also officially presented as presumable or declared adversaries of Washington.  While the US government claims to be "fighting terrorism" in statements, they are actively cleaning up traces of collaboration between the Pentagon, the CIA and terrorist bombing groups whose interests coincided or coincide with those of Washington.

It is absolutely necessary that an institution such as the UN speaks out against the killings without trial by a state that calls itself "right". Otherwise one runs the risk of barbarism becoming institutionalized with the complicity and cover of an international organization that, according to its Charter, should preserve the norms of international law.