Azerbaijan and Israel work against Iran

Mass media continues to debate on the topic of the rapprochement of Israel and Azerbaijan. The scandalous publication in the US-based Foreign Policy  about the alleged transfer of an Azeri military airfield to the disposal of the Israeli military has caused quite a controversy. In late April, officials of the two states were quick to refute the rumors about the possible use of the country for an attack on Iran. 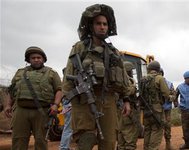 Baku denied the transfer of the abandoned military base to third countries. Tel Aviv flatly denied the rumors as well. Israeli Foreign Minister Avigdor Lieberman said that the rumors about the use of IDF airbase "Sitalchay" are spread by people with rich imagination. "The press publishes a lot of speculation," Jewish.ru quoted the Foreign Minister.

Nonetheless, Lieberman immediately after the completion of his April visit to Baku acknowledged that the "Iranian issue" was discussed at a meeting with President Ilham Aliyev. The Minister did not disclose the details of the talks. This "diplomatic game" is beneficial for both Israel and Azerbaijan. Both parties prefer not to disclose to their likely opponents the details of the mutually beneficial cooperation (including the military sphere). Many Israeli experts talk openly about the importance of a strategic partnership with Azerbaijan.

However, Baku continues to count on the understanding and support from Tel Aviv in resolving regional disputes. The Armenian-Azeri conflict over Nagorno-Karabakh is far from final resolution. Statements by Israeli officials to support the territorial integrity of Azerbaijan suggest that Tel Aviv shares the position of Baku on the Karabakh issue.

Of great interest to the Azeri armed forces is Israeli military equipment. In conditions of rapid economic growth, the rearmament of the country that gained independence only two decades ago has been given more attention. Having exhausted the possibilities of the European arms markets, Azerbaijan appealed to Israel.

The scale of military-technical cooperation between Tel Aviv and Baku was revealed in secret documents published on the website Wikileaks. "Thanks to close ties with Israel, Azerbaijan has access to a new level of arms for the development of their own army. This equipment cannot be obtained either from the U.S. or Europe due to various legal restrictions, or from the ex-Soviet suppliers from Belarus and Ukraine.

Where the rest of the West is afraid to sell the land combat systems to Azerbaijan out of fear to cause a fresh outbreak of the war for the possession of the lands of Nagorno-Karabakh, Israel is free to contract for a substantial supply of arms and benefit from a rich client.

In September of 2008, Azerbaijan has quietly signed with the Israeli Ministry of Defense a large agreement that allows local companies to supply three mortars, ammunition, rocket launchers and communications equipment. The company "Soltam" was awarded a contract for the supply of mortars and ammunition, "Tadiran Communications" will provide communication devices, and the "Israeli Military Industries" will provide the rockets.

It offers a wide range of rocket artillery, methods of upgrading the old Soviet 122-mm systems "Grad" (BM-21), guidance systems for 122-300-millimeter rockets and launch vehicles for the 300-millimeter rockets, analytical agency "Novosti Armenia" reported. Even then, military contracts have been signed for hundreds of millions of dollars. In 2011, local media reported the beginning of production of Israeli drones on the territory of Azerbaijan.

New data on arms transfers from Israel have been recently published in several media outlets. In February of 2012 Azerbaijan has agreed to pay the state company "Israel Aerospace Industries" $1.6 billion for a wide range of military products, including unmanned aircraft and antiaircraft and antimissile defense system - according to the portal "The Armenian News" referring to the Northwest Arkansas Times.

However, the head of the Israeli Ministry of Foreign Affairs Avigor Lieberman during his visit to Baku in late April said that the information about the development of close military cooperation between the countries does not correspond to reality. At an official meeting with the Azeri colleagues the bilateral cooperation in education, medicine and agriculture was discussed. In addition, Azerbaijan is the largest supplier of oil to Israel. Bilateral trade reached a record four billion dollars.

Rapprochement of Tel Aviv and Baku causes unconcealed irritation in Tehran. The relations between Azerbaijan and Iran deteriorated continuously, and in early 2012 the Iranian authorities summoned the Azeri ambassador to Tehran Foreign Ministry in connection with the reports that the Azeri government allows Israeli Mossad agents to gather information along the Azeri-Iranian border, Northwest Arkansas Times reported.

Nevertheless, the Islamic Republic is trying to keep good relations with Azerbaijan the majority of whose population is of Muslim faith. Ironically, the current balance of power can still maintain a "poor peace" in the region. For Armenia it would not be beneficial to wage a war in Karabakh, as in this case the Armenian armed forces would have to deal with the Azeri army that has received military assistance from the Israelis.

At the same time, the Azeri "hawks" understand that in a case of war for the return of the lost territories, Armenia may receive strong support from Russia and Iran. It is important to remember that Azerbaijan is perhaps the only reliable regional partner of Israel surrounded by hostile Arab states. Therefore, Tel Aviv will continue to further strengthen the strategic partnership with Azerbaijan.