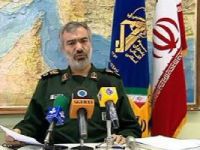 Iran has managed to successfully decode all data on the RQ170 U.S. spy plane, captured by Iranian forces, the commander of the Navy Corps of the Guardians of the Islamic Revolution of Iran (IRGC), Rear Admiral Ali Fadavi, said on Sunday.

Iran has decoded all data pertaining to operations and tasks recorded in the memory of the aircraft, said the Persian military.

"The task was not easy.  We had to decode a bunch of numbers and codes, but we have all the information that was recorded in its memory, including protocols, repairs and sorties (the actual number of hours flown for each output).  For example, data from one of the flights after repairs in 2010 or the deployment of unmanned aircraft during the operation against Taliban insurgents, particularly Osama bin Laden in Pakistan" detailed Admiral Fadavi

On December 4, 2011, Electronic Warfare Units and Air Defense of the Islamic Republic of Iran captured, with minimal damage, an unmanned American spy plane in the skies over the Persian country.

The aircraft, designed and developed by the U.S. company, Lockheed Martin, had crossed the airspace of Iran on the border with neighboring Afghanistan.

Finally, the commander of the Navy has criticized the presence of extra-regional forces in the Persian Gulf and stressed that "the Islamic Republic has a great command over the entire Persian Gulf and the Strait of Hormuz."