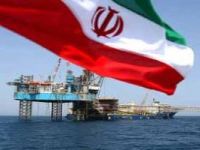 Iran said on Monday (20th) that European companies must pay compensation because of imposing oil sanctions on them. They do not respect the contracts already signed, and warned that oil supplies could be cut to six countries in the European Union (EU).

The managing director of the National Oil Company of Iran, Ahmad Ghalebani, said that European governments have passed resolutions prohibiting the purchase of oil from the Persian country, and they are responsible for violating contracts.

Ghalebani recalled that Tehran used to export more than five thousand barrels of oil per day (bpd) to Europe, but the volume was reduced, especially after the EU bloc's foreign ministers agreed, on January 23rd, for the blockade to come into force on July 1.

On Sunday, the Iranian Minister of Petroleum, Rostam Qasemi, instructed CNPI to suspend oil exports to Britain and France, while Ghalebani today warned of the possibility of applying the same to Spain, Holland, Greece, Germany, Italy and Portugal.

In this regard, he said that if those EU nations persist in their hostile attitude to the Islamic Republic, they will cancel the contracts now in effect, and London and Paris will end up the same way, already suffering from high fuel prices of from 103 to 120 dollars a barrel.

The government official predicted that oil prices will shoot up to $150 per barrel as soon as Tehran applies similar measures to other European nations. Already on Monday, the highest peak in nine months (since May 2011) on the Asian market was reached.

He added that CNPI will accept to supply oil to European companies only if they sign unconditional contracts of two to five years. On the other hand, Iran has already noted a high demand for its oil.

For his part, Foreign Minister, Ali Akbar Salehi, exhorted Europe to restore its relations with Iran and work to return to previous levels, instead of the ill-advised decision to add to a campaign of sanctions and threats that the United States leads.

Salehi noted that relations "shall not be suspended for a long time" because in his opinion, "not even the European countries may say that they don't need Iran, nor may Iran consider Europe unnecessary, since the two sides mutually complement each other."

On Monday, the Italian ambassador in this country, Alberto Brandanini, defended the industrial zone and free trade of Shahbaz Yazdani because of expanding trade cooperation between Rome and Tehran.

According to the diplomat, "the anti-Iranian propaganda of some countries has designed a wrong and negative image of Iran," to what he considered a most significant and rich country of the region.