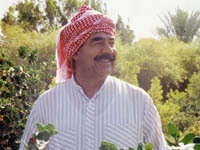 Five years after the execution of Saddam Hussein Iraq, that used to be the main counterweight to Iran in the region, could become an important part of anti-Western Shiite crescent due to the actions of the Americans. Experts have long warned on the possibility of the "Iranian revenge" in Iraq in connection with the withdrawal of the U.S. troops. Although now it is too early to talk about it, the analysis of recent events leads to a grim forecast for many. One of the first wake-up calls for the United States was the reluctance of the current Iraqi leadership to leave three or four thousand American soldiers who were supposed to be the guarantor of the interests of Washington.

The Iraqi leaders have agreed to leave them on one condition: the abandonment by the U.S. of the immunity for prosecution of soldiers who for years of the occupation of Iraq had become famous for mass extrajudicial killings of civilians and rape of young girls. For obvious reasons, this situation did not suit Obama.

"Pro-Iranian lobby showed their teeth!" the U.S. experts sounded the alarm. Now, after the departure of the U.S. troops, Shiite leaders have decided to show "who is the boss in Iraq." Until recently, before the withdrawal of the troops, reporters solemnly declared that Iran's attempts to influence Iraq, as well as the attempts to dominate the Arab world, have failed. It was stated that Iran has not been able to build Iraq into its image and likeness of dominion, that the Iraqis are moving to establish an independent democratic state; that Iraq and Iran have very different views of the future and that, according to opinion polls, only 14 percent of Iraqis have a positive attitude toward Iran. If until recently in the U.S. many believed in the "triumph of Iraqi democracy", now Washington has greater concern about the fate of Iraq. Allegedly, Iran began to take control the political processes in the country and set the Iraqi leadership against the United States."

The U.S. administration did not want to believe it and made cautionary statements for Tehran. It said that in case of necessity the 40,000-strong group of American troops can go there fast.

However, Iran's influence in Iraq is growing without any of military actions on the part of the Islamic Republic capable of causing a reaction. In fact, the Iraqi Shiites in power do everything in the interests of Tehran.

Take, for example, Baathist mass arrests ongoing since October allegedly plotted against the representatives of the Iraqi Shiites. First of all, it had to do with the neutralization of the "Old Guard of Saddam Hussein," military officers of the Sunni. Thereby al-Maliki eliminated competition for power and isolated adversaries of "Iranian orientation."

Despite the fact that it has led to turmoil and an apparent manifestation of separatism in the Sunni provinces, the Iraqi Shiites clearly won the first round of the fight for power. The fact that al-Maliki ventured at the Vice-President Al-Hashemi who was left with no choice but to flee to the autonomous Iraqi Kurdistan serves as another confirmation.

However, al-Maliki originally could not be considered pro-Iranian figure, as many Shiites. The struggle for power with the Sunnis makes them accept one or another form of Iranian assistance. As for people like al-Sadr and his "Mahdi Army" that during the U.S. occupation of Iraq has proven to be a real force, and unlike many Sunni groups was not destroyed, they are increasingly active in the Iraqi political landscape.

Al-Sadr calls on Prime Minister al-Maliki not to be limited to half-measures against the Sunni opposition, and points to the need in respond to the "strike" in government and parliament to disperse all of the deputies and ministers. In many respects the Prime Minister is acting according to al-Sadr wishes.

But that's not all. Now the pro-Iranian lobby made Iraq to increasingly become a bridge between Tehran and Damascus. Suffice it to point to the first vote on Iraq's Syrian Arab League issue. Although according to the U.S. suggestion al-Maliki formally endorsed the sanctions against Al-Assad, in practice this has not happened.

In addition, recently the Syrian opposition has been increasingly complaining that Iraqi insurgents from the Mahdi Army are actively involved in the suppression of protests in Syria. Although there is no direct evidence of this, there are some indirect ones. Apparently, "al-Sadr's fighters" are involved in the destruction of the Sunni radicals and are thrown into Syria through the Iraqi territory in Iraq.

A-Sadr, commenting on the behavior of LAS on the Syrian issue, is accusing it of betraying the Arab interests. The "Syrian revolutionaries" also got their fair share because "they use the methods of" Al Qaeda "on Iraqi soil."

However, it has to do not only with al-Sadr. A few days ago the adviser of Iraqi Prime Minister for Economic Affairs Salam al-Quraish forbade Turkey and Jordan to transport cargo through its territory. The introduction of the trade embargo against Syria visibly hit these countries and they tried to minimize the effects by using Iraqi traffic. But no such luck. In any case, Iraq's behavior makes it difficult to overthrow Assad and the West faces a real threat of a block of "Shiite crescentn" from the Mediterranean to the Caspian Sea.

Of course, the Americans can at any time send troops to Iraq. But now it is not explicitly included in the plans of Obama who is going to the elections under the banner of a peacemaker who "stopped a ruinous war." The more so that even unilateral actions of al-Maliki are not a sufficient basis for a new invasion.

So far the Americans are going to curb Iran's growing activity in Iraq through Saudi Arabia. The methods to influence the situation are the same: the use of terrorist Sunni groups. Thus, in recent time al-Maliki indicated the marked increase of activity "associated with" Al Qaeda "gangs." However, the possibility of the latter is rather limited. The more so that the Iraqi security forces conducted several recent successful special operations and delivered a series of strong blows to the terrorists operating on the Saudi money. In any case, without the elimination of Iraq traffic it will be quite hard to overthrow Assad. This means that the Americans' decision to withdraw troops from Iraq was clearly premature. Perhaps, it was premature in case of overthrow of Saddam Hussein, who was nearly the only serious counter to the Iranian ambitions in the region.