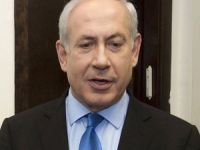 The threat to attack Iran is quite a risky bluff with catastrophic consequences for the world, not only for Israel.

Prime Minister Benjamin Netanyahu revealed himself a poor strategist by threatening an attack on Iran. His attempt at intimidation, due to the alleged development of atomic weapons in that country, also demonstrates a high degree of irrationality of the premier. This is because the threat is actually a very risky bluff - and with catastrophic consequences for the world, not only for Israel.

What Netanyahu aims to do is enlist the support of the international community. In fact, after the IAEA (International Atomic Energy Agency) published a report which says it has "serious concerns about the possible military dimensions of Iran's nuclear program," Netanyahu and other Israeli officials cooled the rhetoric of war.

And thus it was confirmed that the threat is merely a dangerous bluff.

The others were just as irrational as the foreign minister, Avigdor Lieberman, beside whom the hawk Netanyahu turns a little dove, stressed the need for new "crippling sanctions against Iran." In concert, Netanyahu and Lieberman, among others, seek the support of the UN Security Council and of the so-called international community. However, Lieberman added: "The military option is the last and the worst possible option, but it must remain on the table and ready to be put into practice."

There lies the problem.

And what if China and Russia, as expected of these two permanent members of the Security Council, veto new sanctions against Tehran? Israel would then have to attack Iran. In the opposite case, they lose their credibility in the Middle East and elsewhere.

An attack against Iran would be, there does not remain s shadow of doubt, a suicide mission. On Wednesday, the 9th, General Massoud Jazyeri, chief of staff of the Iranian armed forces counter-attacked: Iran, in case of attack on its military installations, will "destroy" Israel.

The Iranian response, "is not limited to the Middle East." The reason? Simple: the authorities consider that Israel is acting in concert with the United States. And of course, one need not be a Middle East expert to deduce that Barack Obama, like all U.S. presidents since the creation of Israel in 1948, act in unison with the Israeli state.

Obama, impotent in his country and worldwide, is as bewildered as Netanyahu being surrounded by revolts in neighboring countries. Therefore, it is worth speculating, he is colluding with the illogic or irrationality on the part of the Israeli government.

New Israeli settlements continue to pop up on Palestinian lands, and Israel has engaged in new arm wrestling with the Palestinian Authority. Where is the logic of picking a fight with Turkey? And so on.

In this bleak picture, Netanyahu is not the only one to suffer from lack of rationality. The new wave began with President Shimon Peres, a former politician seemingly capable. On Sunday, the 6th, Peres said: "The possibility of a military strike against Iran is closer than a diplomatic option."

This scenario of irrationalism extends to the people. Many Israelis know that an attack against Iran will be the beginning of a global conflict. And yet, most Israelis would give a green light to attack Iran.

The reason? Tehran saw the invasion of Iraq and of Libya. "Who is the next one on the list?" No one will attack North Korea and Pakistan, both with advanced nuclear programs. And Israel, it is worth stressing, it is also an atomic power, though it has never confirmed or denied having a nuclear arsenal.