USA negotiates with terrorists instead of destroying them 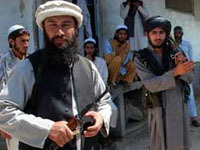 American generals admitted that the U.S. military policy in Afghanistan has suffered a complete fiasco. The White House announced that it was ready to sit down with the Taliban to the negotiating table. One of the key points of negotiation is likely to be Pakistan. Pravda.Ru talked to an expert to find out what might be the goals pursued by the United States in the region in the negotiations with the Taliban movement.

On Tuesday, the Obama administration has clarified what it meant talking about a political end to the war. First, America is planning to negotiate with the Taliban. Second, the plan is to strengthen the escalation of military pressure on the most ruinous for the U.S. fighters from the Taliban tribes. First of all, it is a Pakistani clan Haqqani. The U.S. State Department is hopeful that Islamabad will move toward Washington in this direction. If Pakistan agrees to the U.S. proposals, the success of the negotiations can be considered secure.  On October 21 Hillary Clinton said approximately the same during her visit in Kabul. The visit was immediately called confusing. It was not officially reported as required by the international protocol.

Immediately on her arrival in Kabul Clinton held a press conference, where the U.S. Secretary of State in a very tough manner advised Pakistan to clear its territory of terrorists as quickly as possible and become an integral part of the Afghan regulation. Clinton said that Pakistan's participation in the US-Afghan strategy called "war, negations, creation" should become the main life imperative for Islamabad. Clinton said that if Pakistan resists, then it will be under a very serious pressure. America's intentions in terms of the Afghan settlement have not changed. "We will fight, we will negotiate and build," said Clinton.

The war Clinton was talking about is directed primarily against the Pashtun clan Haqqani and a terrorist organization under the same name. It is Haqqani and not Taliban that are the Americans' biggest concern. Haqqani was formed in the 1980s during the Afghan war. The head of the clan Jalaluddin Haqqani was one of the most prominent warlords of the Afghan mujahideen. He began his career with Gulbuddin Hekmatyar. Weapons, money, clothing and ammunition came to him through the CIA and the Defense Ministry of Saudi Arabia.

At the same time, Jalaluddin had a direct contact with Osama bin Laden and "Al-Qaeda." In 1992 he became the Minister of Justice in the first government of the Mujahideen. In the 1990s Haqqani alternately served as the Minister of Borders, the Minister of Tribes, and the governor of Paktia province. To date, Haqqani is one of the most important allies of the Taliban. Militants bases are located on the border area between Pakistan's North Waziristan province and the Afghan province of Khost.

The Americans talked about Pashtun clan as a "threat" not that long ago. The first mention of it was made in late 2009, after an armed attack on a CIA base in Khost province. The second came in September of 2011. That day terrorists attacked the U.S. embassy and the headquarters of NATO in Kabul. Responsibility for both of the U.S. bombing was laid on clan Haqqani. Such a drastic reassessment confused many observers as earlier the United States placed certain hopes on the clan. For example, in 2001, when the US planned to use the representatives of Haqqani to split the Taliban.

Haqqani clan was largely a cause for the US-Pakistani confrontation. The U.S. accused Pakistan of supporting militants. Pakistan, in turn, called the group "a long-term servant of the CIA," alluding to the long-standing ties of the clan with the U.S. intelligence agencies. Islamabad, not without reason, believes that the United States, using references to the clan Haqqani, want to drag Pakistan into its political game.

However, the new U.S. strategy in Afghanistan may be independent of the Pakistani presence in the talks with the Afghan Taliban. The Afghan establishment and the opposition are united by the anti-Pakistani factor. Back in 2009 the vice-president of Afghanistan Javid Kohestani insisted on shifting the anti-terrorist operations of U.S. and NATO from Afghanistan to Pakistan. Jamil Karzai, a close relative of the Afghan president, agreed with him: "The Taliban does not have Afghan roots. The main centers of the Taliban and Al Qaeda are on the territory of Pakistan." Using the tensions between the Taliban, the U.S. could very well attract the radicals on its side. Using the anti-Pakistani attitude, the Taliban could be reprogrammed in the way beneficial for the Pentagon. Then the negotiations can be considered quite successful. It is unclear, however, whether another round of war would lead to a "negotiation" and "creation."

The Chairman of the Islamic Committee of Russia Heydar Jemal shared his vision on the future negotiations between the Taliban and the U.S. with "Pravda.Ru".

"The United States has been trying to negotiate with the Taliban. Taliban was suggested, in particular, control of the six provinces of Afghanistan in exchange for keeping the six bases in Tajikistan. Now the Americans are building "the base of all times" in Tajikistan, and they have to come to an agreement. The decision to sit down to the negotiating table is largely due to the decision of Atambayev to expel the Americans from Manas. It is a bold solution, a commendable one, but perhaps risky for him personally. The Americans obviously intend to take down anyone who stands in their way. They have quite clear plans for the so-called "new silk road."

They want to make Afghanistan a platform for the control over Central Asia. According to the plans of the United States, Afghanistan should pose a threat to China, Iran, Pakistan and Russia. The Taliban is the only force that stands in the U.S.'s way as is stands up for itself. The U.S. wants to negotiate with this power, make it its ally. I think the Americans will not be successful. In many ways, the Islamic factor will play its role. As soon as the Americans start talking about "regular arrangements" again, it would only mean a failure in the negotiations. They will not come to an agreement with the Taliban as they have not been able to do it earlier. Afghanistan will continue to boil."