Lula, ex-President of Brazil, has cancer 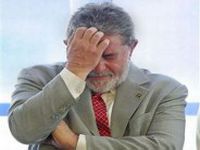 SAO PAULO, BRAZIL - Brazil is surprised and frightened by the news . Everyone wants to know how serious the situation is: Former President Luiz Inacio Lula da Silva - after a second medical examination - has cancer of the larynx. The news is spread all over Brazilian portals and the world's main newspapers.

Former President Luiz Inacio Lula da Silva, 66, while undergoing a battery of tests in the multidisciplinary Syrian-Lebanese Hospital in Sao Paulo, southeastern Brazil, was diagnosed with a tumor of the larynx. A few weeks ago, the former president complained of hoarseness.

According to the hospital after multidisciplinary assessment, initial treatment with chemotherapy was defined, which starts Monday (31/10/2011). "The patient is well and should undergo treatment on an outpatient basis," says the Syrian-Lebanese statement.

The oncologist Arthur Katz, who is on the medical staff that serves the former president, said the state of Lula is "very good". "He is in great condition." Katz said the tumor "is not very big". It was discovered this morning. "It is hoped that he can lead a normal life in quantity and quality after the treatment," said the doctor. The team preferred chemotherapy to surgery, "to preserve the functions of the larynx."

According to the doctor, one of the major causes for laryngeal cancer is smoking. But there are also viral causes and one cannot yet say what led to Lula's tumor development. "The chances of cure are excellent," he added. Lula is a former smoker and had a habit of smoking cigars.

On Thursday (27), Lula celebrated his 66 years birthday of the institute that bears his name. Later, he received friends at his apartment in Sao Bernardo do Campo. Four government ministers of Rousseff joined the party: Gilberto Carvalho (General Secretariat of the Presidency), Miriam Belchior (Planning), Guido Mantega (Finance) and Fernando Haddad (Education). It was the first birthday that he celebrated after leaving the Presidency which he held for the past eight years.

President Rousseff, who has the flu, canceled the trip to São Paulo and sent two books as a present. On the same day, Lula also recorded a video in which he appreciates the congratulatory messages received by the Internet. "More than half of those 66 years I have dedicated the fight for democracy in this country," he said in the video.

The following is the full note of the Syrian-Lebanese Hospital:

After multidisciplinary assessment, we defined initial treatment with chemotherapy, which will begin in the coming days. The patient is well and should undergo treatment on an outpatient basis.