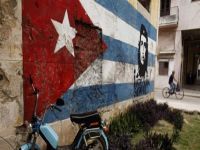 A report the United States made public on Thursday, August 18, called "Country Reports on Terrorism 2010," places Cuba as a "state sponsor" of these activities along with Iran, Syria and Sudan.

The news is old, because since 1982 the U.S. State Department includes the island on the blacklist year after each passing year. The only thing that increases are the inconsistencies in their argument.

The report draws yet again on the old and unprovable platitudes that Cuba supports FARC and ETA, which fall under its own weight. Thereafter, reviewing a number of facts proves that the only thing is the seriousness with which the Island faces this scourge.

Let's look at the points:

1.-The report states that there is no evidence that the relationship has broken with the Revolutionary Armed Forces of Colombia (FARC). However, it acknowledges there was a "limited contact with members of the FARC, but no evidence of direct material or financial support in progress."

2 .- Without citing sources or being assigned to anyone, it says that "recent press reports indicate that some current and former members of the Basque Fatherland and Liberty (ETA) are still living in Cuba." However, it acknowledges that during the month of March last year, Cuban authorities "allowed Spanish Police to travel to Cuba to confirm the presence of suspected members of ETA."

These are the supposed "sins" of Cuba, which already wanted for a holiday. Many of the countries are not on the terrorist list that should be, starting with the one that drafted the report. From that first paragraph there is nothing "bad" to add. The facts are stripped of all rhetoric and get to the point:

1.-recognizes the efforts of the Cuban government to prevent migrants from third countries to reach the United States illegally and threatening the integrity of its borders and transnational security.

2.-Cuba investigated smuggling and related activities through a third country.

3.-In the month of November, it "allowed representatives of the Transportation and Security Administration (TSA) to conduct a series of safety inspections through airports on the island."

And, lo and behold, an example used was the extradition from Venezuela's self-confessed terrorist Salvadoran Francisco Antonio Chavez Abarca for his "alleged involvement in a series of bombings against hotels and tourist facilities in the mid 1990's."

Participation was demonstrated in the trial held in Havana. The report recognizes that he was convicted and sentenced to "30 years in prison on charges of terrorism ... The Cuban Supreme Court commuted the death sentences of two Salvadorans, Rene Cruz Leon and René Rodriguez Llerena, who had been convicted of terrorism."

The extraordinary thing is that this perception of the U.S. government toward Cuba coincides with a cable dated September 2009, released by Wikileaks and issued by the head of the U.S. Interests Section in Havana.

Jonathan D. Farrar accounts to his superiors about the meeting held in Havana between Bisa Williams, undersecretary of the State Department and Deputy Minister of Foreign Affairs, Dagoberto Rodriguez. According to the document, Williams said that Cuba could be removed from the list if specific procedures were followed and a review of the process was made between both sides.

Not Farrar, nor Bisa Williams, nor anyone in their right mind would include Cuba, with a report or not, on the list of countries that sponsor terrorism. To which one might add that those who each year are forced to write it not only do not believe the lie, but go through hell to thread one paragraph to another.

The question then is: who wants to deceive the United States?