Wrestler kills student in fight over toy car in Russia 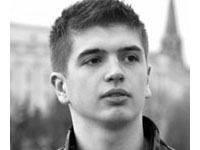 A source at Moscow's law-enforcement agencies told Interfax that the student died of the cranial injury, which he suffered in the fight with the athlete.

The incident took place in the center of Moscow on August 13. Eyewitnesses said that student Agafonov and his friends came to Garage night club, where Mirzayev was staying that night too.

One of the eyewitnesses of the incident said that the conflict sparked from nothing.

"The guys were standing near the club talking. Ivan was playing with his remote control toy car. He stopped the toy car near a girl and jokingly offered her a ride. There was Rasul standing near that girl. He turned to Ivan and said: "What do you want?" "I want to give the girl a ride," Ivan answered. "You give me a ride!" Rasul replied back. "Get in!" Ivan responded. I don't know why he said that." Artyom, an eyewitness said.

According to Artyom, Mirzayev flushed with anger after that phrase. He kicked the toy car, but the student called Mirzayev names in return. The next moment, Mirzayev approached Ivan and punched him in the jaw. "The punch was so strong that it sent Ivan flying for a whole meter. He landed on his head, and that was it," Artyom said.

The friends took Ivan to the nearest hospital. Doctors did not find any serious injuries during the first examination. Three hours later it became known that the young man had his cerebellum ruptured. Ivan slipped into a coma soon afterwards.

The case received an extensive response on the Russian Internet. Some bloggers say that the student provoked the fight first because he called the athlete names. Others say that a professional wrester must not behave like that and attack a knowingly weaker person. Many bloggers believe that the case will be soft-pedalled, and Mirzayev at the very least will be put on probation.

Rasul Mirzayev, 25, aka Black Tiger, is a master of self-defense. He also goes in for ultimate fighting. He won his first MMA champion title (in weight category under 65 kg) only in July 2011, when he defeated Masanori Kanehara of Japan. The Russian athlete knocked the Japanese fighter in less than three minutes, and the fight was suspended, Vesti reports.