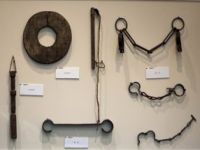 Seven thousand five hundred civilians are incarcerated in horrific conditions in Colombia, Washington's main ally in Latin America and home to US bases. They are not criminals, they are students, trade unionists, doctors, professors, farmers, lawyers...whose only crime was to speak out against the corrupt regime, deeply penetrated by the influences of narcotraffic. Torture, executions and disrespect for the law seem the norm in Colombia today. Yet the world turns a blind eye.

Batallions of murderers, associated to the fascist paramilitaries and narcotraffickers carry out summary executions on a permanent basis in Colombia, according to the Jesuit Priest Father Giraldo (*), who claims: "Narcotraffic has penetrated the institutions of the Colombian State: the executive power, the armed forces, the police".

A report drawn up by the Brazilian institution Comitê de Solidariedade ao Povo Colombiano, sent to Pravda.Ru, bears horrific details of human rights abuses in Colombia. While the western world becomes obsessed with Libya, where a false flag event sparked off NATO's defence of terrorists who slaughtered people in the street and then blamed the Libyan Government forces, in Colombia, 7,500 innocent people languish behind bars because they dared to speak out against a regime rotten to the core with corruption and the influences of narcotraffic.

"All political prisoners are subjected to acts of torture, degrading treatment and denial of medical aid," claims the report. "A study has revealed that food is defecated in systematically. People are deprived of water for three days, this being common practice at the Valledupar detention centre, where the temperature inside is 35 to 40C. Various detainees have died due to drinking infected water and untreated conditions due to the fact they are denied medical treatment".

The same inhuman treatment is meted out to prisoners in Bogotá, the capital. The ERON incarceration center is an example: "Built to hold around 4,000 inmates, ERON-Bogotá does not fulfil the minimum international conditions...we have to perform our physiological functions in view of everyone, a violation of intimacy, while there are 8 showers for 220 prisoners on each patio.

"Sunlight never enters, lighting and air systems are precarious and despite the low temperatures, we have no blankets". (1)