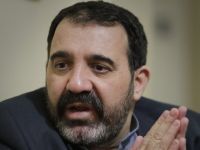 The younger half-brother of Afghan President Hamid Karzai, was murdered this Tuesday. Ahmad Wali Karzai, head of the Kandahar provincial council, was gunned down at home by his own security guard.

In a news conference in Kabul, President Karzai said that all Afghan families have gone through similar suffering.

The Taliban claimed responsibility for the attack, describing the murder as one of its greatest achievements in almost ten years of war.

Ahmad Wali Karzai was a controversial politician, seen by some as a defender of the rights of Pashtuns and by others as a corrupt leader who was openly involved with drug trafficking that had a private army at his disposal.

President Karzai has repeatedly defended him, dismissing accusations that his brother was involved in criminal activities.

Ahmad Wali Karzai was a loyal U.S. ally. The U.S. government would never have investigated the allegations against him. The half-brother of the president would also be an extremely important figure in southern Afghanistan and NATO's efforts in combating the Taliban.

International forces in Afghanistan said they were shocked by the murder.

Ahmad Wali Karzai had survived previous assassination attempts. The most recent of which occurred in 2009 when a convoy he was traveling in was attacked with rockets and machine guns.

Last year, he attended a meeting in a government building when a tanker truck exploded nearby. Ahmad Karzai survived unharmed, but six other people were killed and 40 injured.

In 2003, the home of the politician in Kandahar was hit by an explosion that, according to him, was caused accidentally during the transport of explosives.