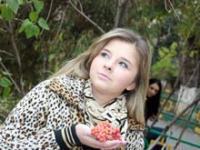 The daughter of Lukoil's top manager Robert Teslyuk was murdered the day she disappeared. The young woman was murdered on March 26, although her body was found only a month later.

The parents of the 16-year-old woman, Viktoria Teslyuk, refused to believe in their daughter's death until the very last moment, the newspaper wrote. However, forensic experts determined as a result of DNA expertise that the disfigured body, which was found in the Moscow region at the end of April, was Viktoria's.

Despite the extensive coverage, which the story received in Russia, the case remains unsolved. Investigators have absolutely nothing which they could get hold of to find out what happened to the girl, who killed her and why. Sources originally said that it could most likely be a common domestic murder. However, it is still not clear why the young daughter of the businessman was murdered so brutally. Among other versions, investigators believe that the crime could be connected with the girl's father and his professional activity at one of Russia's largest oil companies, Lukoil.

There are no suspects in the case. Investigators have interrogated all friends and relatives of the girl, but found nothing that could help them stand on the right path of the investigation. No one has asked Viktoria's parents for ransom after her disappearance.

Viktoria Teslyuk, whose parents work abroad, was living in the Moscow region with her grandmother. On April 26, at 7:15 a.m., she left home and told grandmother that she had to go to Moscow to have a class with her math tutor. The girl went to the nearest bus station, and no one has ever seen her since then.

The tutor of math was the first person, who reported Viktoria's disappearance.

Viktoria Teslyuk's body was found in Rodnik holiday village. There are hardly any people living there in winter and spring time. Even Viktoria's parents could not recognize their daughter's body because of decomposition - genetic expertise was required.

Investigators determined that the girl had been murdered atrociously. The victim had her skull, nose and jaw broken. Several of her teeth were missing. Her skull bones were smashed in eight places.

There was expensive jewelry found on the body, which means that the murderers did not have the intention to rob the girl. However, the police has never found Viktoria's purse. There is another strange detail: the woman was stripped off her clothes, but forensic experts said that she had not been raped.