I hope the wall between Cuba and the U.S falls down ., Jesse Jackson 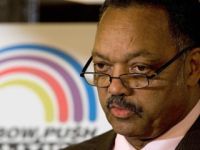 On Wednesday (11th), U.S. Reverend Jesse Jackson called old-fashioned and obsolete the U.S. economic blockade against Cuba, and assured that restoration of relations could be expected between the two neighbors that, he stressed, need each other. "If we (the U.S. government) can talk, have them understand us and establish relations with China, which has a different ideology to ours, then ideological differences is an antiquated idea and has nothing to do with Cuba," said the noted civil rights activist in his country.

In an interview with Prensa Latina in the Qatari capital, where he is participating in the XI Foro de Doha, Jackson pointed out that Cuba is a sovereign state, a full member of the UN General Assembly, which has condemned the policies of Washington - and the international community. "In addition, we are neighbors and therefore we need each other, we can develop bonds that contribute to common benefits." He then went on to say, "I hope for the day they drop the wall of the blockade that separates the United States and Cuba."

On the other hand, when asked about whether the government of his country and Europe act in a transparent manner with the Arab countries shaken by riots, he said he was "optimistic" that "the popular movement for freedom knows what it has to do."

Jackson, founder of humanistic Rainbow Coalition / PUSH asked not to forget that the West supported authoritarian regimes, and noted that for the progressive forces of the world "we have to stand by the people who want democracy, justice and freedom."

We must stop supporting repressive regimes in this region, these people are demanding to overthrow all forms of oppressive control, and generally those in the world who are oppressed generally stop rebelling sooner or later, he said.

However, the Reverend warned that if the United States and Europe appear to be involved dealing with control and influence, this is counterproductive. "We support the Arab spring, but not to control it or deflect it," he said.

In the opinion of Reverend Jackson, the key reforms in the Arab world have to be progressive and transparent, "and the western powers must accept the consequences."